Samsung Galaxy S II is perhaps the greatest Android based smartphone to have stood up to compete with iPhone 4 in many parts of the world. It is already the best seller as far as Android smartphones is concerned, and certainly the best as far as smartphones from Samsung are concerned. It is just that Galaxy S II is still not available at a single carrier in US. But all this is going to change with AT&T’s  announcement of Galaxy S II (Galaxy Attain) on its platform with some changes that are being said to be more than mere cosmetic except for the slide out keboard. Let us see if there are any differences between the original Galaxy S II and the one arriving on the platform of AT&T in all probability in August this year.

Let us take stock of Samsung galaxy S II first. It is a monster of a smartphone with a display as huge as 4.3 inches producing a resolution of 480×800 pixels. It makes use of Gorilla Glass technology making the screen scratch resistant and being super AMOLED plus, the brightness of the display is to be seen to be believed. There are some who claim it to be even better than that of iPhone 4. The smartphone has dimensions of 125.3×66.1×8.49 mm making it even thinner than iPhone 4,and perhaps the thinnest smartphone in the market today. It runs on the latest Android 2.3 Gingerbread and has a super fast 1.2 GHz dual core ARM Cortex A9 processor. It sports a powerful 1 GB RAM with 16GB and 32 GB onboard storage. It is a dual camera device with an 8 MP camera at the rear capable of recording HD videos in 1080p at 30fps and even has a decent quality 2 MP camera in from to allow the user to make video calls. Galaxy S II is of course Wi-Fi Direct with seamless browsing and great HSDPA and HSUPA speeds. Whether GPS, EDGE, GPRS, Bluetooth, DLNA, Wi-Fi direct, hotspot, you name it and Galaxy S II has it. It also has stereo FM with RDS.

Samsung has been showing Attain, a clone of Samsung Galaxy S II on its Facebook page since June to make people aware of the product, and it is a matter of just a month when it arrives on AT&T network in US to take on the might of iPhone 5 which is rumored to be launched in August sometime. The specs that are being talked about include 4.3 inch huge touch screen that is super AMOLED plus, dual core processor and 1 GB RAM. Running on Android 2.3 Gingerbread, Attain gives a seamless performance atop Samsung’s newest TouchWiz 4.0 UI, and in every probability is being geared up to face the challenge of iPhone 5. 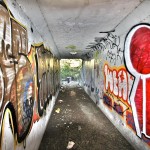 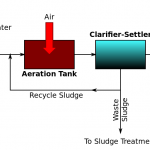