Attention and concentration are two very important cognitive abilities characteristic of human beings. Most of the human behavior and action is a result of what has been learnt as there is not much besides sleeping and breathing that a man does without learning. Human learning is a result of paying attention to what is being taught as well as making use of our senses. We need to focus our attention to something to learn about it. This is much like focusing the spotlight of a torch in dark to make sense of environment. There is another word or ability labeled as concentration that confuses many as it is very similar in meaning to attention. This article attempts to make the situation less confusing by highlighting the subtle differences between attention and concentration.

It is a common refrain of class teachers that students are not attentive in their classes. What they mean to say is that students are not focusing on what they are trying to teach them and let their minds wander around all the time. It is a fact that attention is fleeting and shifts from one thing to another very frequently. If we are in a room that is noisy, we find it hard to make sense of what a person is saying to us. However, when we focus and become selective in our perception, we find that it becomes easier to catch the voice of the person who is talking to us. This requires focalizing on one sound and ignoring all other sounds as useless. When students are taking notes and also listening to what their teachers are teaching, they are focusing their attention simultaneously on two activities as they hear and then start writing after making sense of the lecture. In daily life, there are umpteen examples of situations where we need to pay attention to several activities, and this requires switching back and forth from one activity to another.

Attention is a subject area of research in education, social sciences, and even the medical world as poor attention and attention deficit are two major problems afflicting many individuals. There are also cases of traumatic brain injury that leads to poor attention abilities.

What is the difference between Attention and Concentration?

• Attention is an on and off activity and we can choose to pay attention to something or not. On the other hand, concentration has levels or degrees though it is hard to measure these levels.

• Paying attention to something or activity is like focusing the spotlight of a torch in the dark. One can pay attention to several activities at any given time.

• When one is concentrating hard on an activity, he becomes oblivious of his surroundings as a player in a sporting activity or a musician trying to make a new tune or melody.

• The process of paying attention for any length of time on an activity or object is referred to as concentration.

• Concentration is an ability that can be improved with practice.

Difference Between Listen and Hear 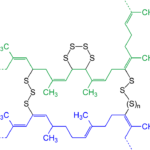 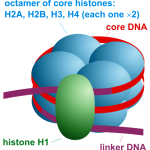