The human skeletal system contains individual and attached bones, support of ligaments, muscles, tendons, and cartilages. Hence, the skeletal system performs supportive, protective and locomotive functions. Accordingly, bones are the primary component of the skeleton system that composed of crystallized calcium minerals arranged over and around a protein matrix. Bones help to withstand stress and greater loads on the skeletal system. Based on the anatomy, histology and the functions of the bones, there are several categories of bones. Among them, axial skeleton and appendicular skeleton are two major divisions. Human skeleton system has 206 bones. Among them, there are 80 bones present in the axial skeleton while there are 126 bones on the appendicular skeleton.

What is Axial Skeleton?

The axial skeleton consists of about 80 bones along the central axis of the human body, and it includes the skull (which includes the cranium and the facial bones, the ossicles of the inner ear, hyoid bone, rib cage), and the vertebral column. Moreover, several soft tissues support the axial skeleton. For example, ligaments of the vertebral column, muscles of the face and the throat, cartilage of the ribs, and tendons of the muscles, etc. 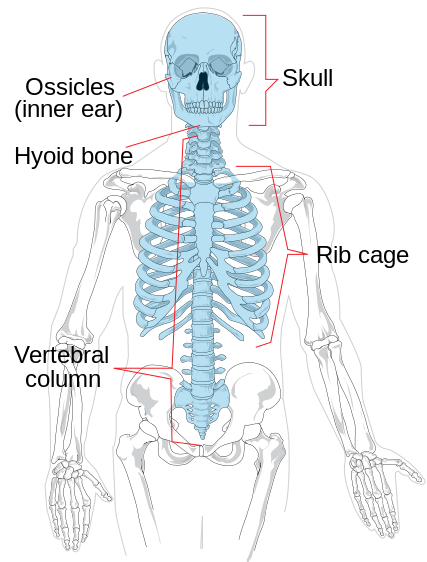 Hence, the major functions of the axial are the bearing of the central weight and the protection and maintenance of posture. Accordingly, the skull and the ribcage protect the brain and the organs of the chest cavity respectively. The ossicles of the ear have the function of maintaining the balance of the human body. Similarly, the hyoid bone is an anchor point for various muscles covering the throat as a protective function for the airways, gullet, major arteries and nerves. And also, the vertebral column has functions in proper weight distribution, protection of the spinal cord and maintaining proper posture.

What is Appendicular Skeleton?

The appendicular skeleton consists of 126 bones in the body including the bones of the upper and lower limbs, and their connections to the axial skeleton. All the appendicular skeleton bones are located symmetrically on either side of the body. Therefore, they mainly consist of long bones and other bones. Likewise, the upper arm links with the axial skeleton by the shoulder girdle with the support of a myriad of tendons, cartilages, muscles and ligaments, and the pelvic girdle connects the thigh into axial. 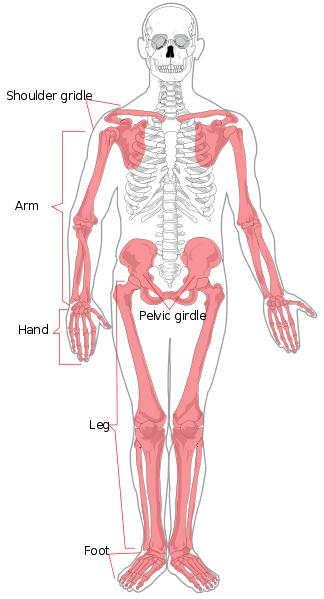 Furthermore, the main bones of the upper limb include the humerus, radius, ulna, carpal, metacarpal, and phalanges. The main bones of the lower limb include the femur, tibia, fibula, tarsal, metatarsal, and phalanges. Thus, the functions of the appendicular bones include balance and stability, along with the main functions of locomotion and manipulation.

What are the Similarities Between Axial and Appendicular Skeleton?

What is the Difference Between Axial and Appendicular Skeleton? 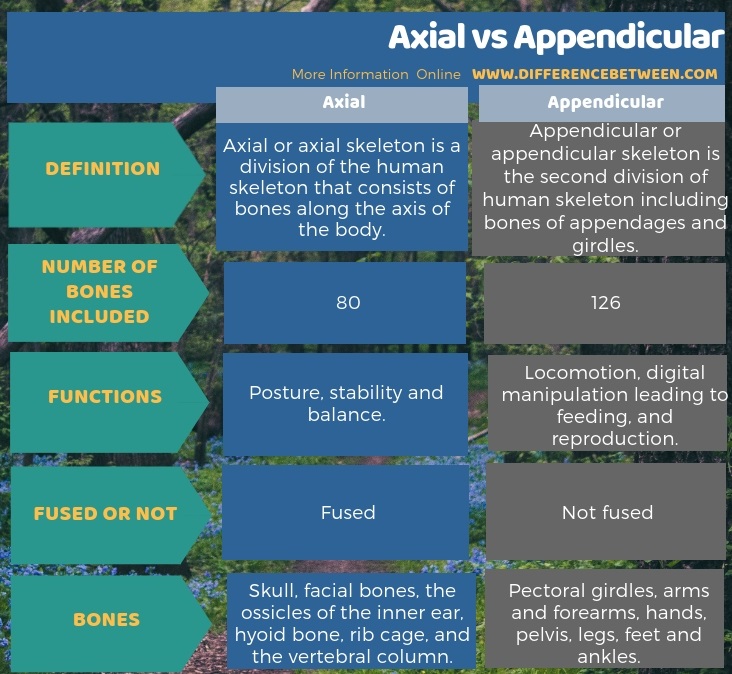 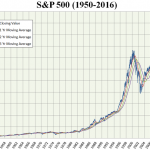 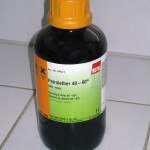 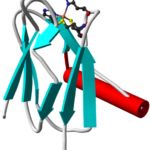 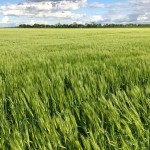