The ancient Greeks recognized the difference between these two concepts. Axioms are self-evident assumptions, which are common to all branches of science, while postulates are related to the particular science.

Aristotle by himself used the term “axiom”, which comes from the Greek “axioma”, which means “to deem worth”, but also “to require”. Aristotle had some other names for axioms. He used to call them as “the common things” or “common opinions”. In Mathematics, Axioms can be categorized as “Logical axioms” and “Non-logical axioms”. Logical axioms are propositions or statements, which are considered as universally true. Non-logical axioms sometimes called postulates, define properties for the domain of specific mathematical theory, or logical statements, which are used in deduction to build mathematical theories. “Things which are equal to the same thing, are equal to one another” is an example for a well-known axiom laid down by Euclid.

Difference Between Metric and Standard 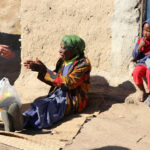