Bread has been a principal food item of the people ever since the beginning of civilization, thereby becoming an integral part of people’s day to day life. Over the years, bread has evolved a great deal and as a result, different types of bread products are being produced all over the world. Because of the many similarities between bread and bagel, it is a given fact that they often become confused with one another. Bread and bagel are two such products that have become somewhat intermingled over the years due to the many similarities they possess.

A bagel is a bread product that is made from yeasted wheat dough, kneaded and shaped into the shape of a ring. It is then boiled in hot water for a short time after which it is baked. A bagel sports a browned, crisp exterior with a doughy, chewy interior and is often topped with nuts or seeds such as sesame or poppy seeds. The ideal bagel, in fact, must possess a slightly crispy crust and a distinct pull as the bread is broken apart and the flavour of fresh baked bread. A typical bagel is said to contain 260-350 calories, 330-660 milligrams of sodium, 1.0-4.5 grams of fat, and 2-5 grams of fibre.

Traditionally, bagels are made with wheat flour, yeast, salt and water. However, bagels can be made from a variety of flours such as rye, wheat, whole-grain etc. Moreover, bagels are available in fresh or frozen forms in supermarket. At times, bagels are flavoured with onions, poppy seeds, sesame seeds or garlic or sweetened with honey, sugar or barley malt. It is quite popular in countries with a Jewish population such as United Kingdom, United States or Canada. Other than the ease of cooking and baking, the hole in the middle of the bagel also serves practical advantages such as being able to thread a string through a number of bagels for easy transportation.

Bread is a staple food in many countries and prepared from dough containing flour and water which is then baked. Having been in existence from the beginning of civilization, it is deemed as one of humanity’s oldest foods. Bread is made in a variety of different methods with a variety of different ingredients and the taste and the nature of these different types of bread depend upon the manner in which they are prepared. Usually made from wheat flour dough which is cultured with yeast, bread is allowed to rise and is then baked in an oven. Bread is also made from other varieties of wheat such as durum, emmer or spelt as well as other grains such as barley, rye, oats and maize. There are many types of bread available in the markets today such as white bread, brown bread, pita bread, wholemeal bread, crisp bread, rye bread etc.

What is the difference between Bagel and Bread?

• Bread is an umbrella term used to refer to all dough based baked food products. Bagel is a type of bread.

• Bread is baked. Bagel is boiled and then baked.

• Bread usually comes in the form of a loaf. Bagel comes in a ring shape.

• Bread is a staple food in almost every country all over the world. Bagels are only largely popular in countries with a large Jewish population.

Difference Between Bagel and Doughnut

Difference Between Kebab and Shawarma 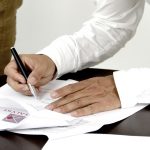 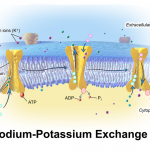 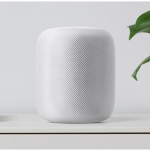