Both bald eagle and golden eagles being top predators of the food webs, their presence indicates the ecological richness of a particular ecosystem or a region or a biome. Both these eagles range in the Northern hemisphere, but there are differences between their distribution patterns. In addition to natural ranges, there are many other differences exhibited between these two raptors that are very important and interesting to understand. In addition to their differences, both these birds are of great importance as national symbols in many countries.

Bald eagle is scientifically named as Haliaeetus leucocephalus, and it is a raptor or a bird of prey. North America is the home of bald eagle and they migrate within this continent. It is the national bird and the symbol of United States. They commonly forage around open water bodies, where there is plenty of food. Although their name, they have feathers all over their body except in leg and beak. The plumage is important to notice about them, as it is uniformly brown except for the white colour in head and tail, in adults. Until they reach the sexual maturity, the juveniles have white coloured spots in their brown plumage. Their beak is large and hooked, so that they can rip the prey into pieces. The main prey items of bald eagle are fish, and that is why they frequent around water bodies. Additionally, their beak is bright yellow in colour. Their moderately long tail is wedge shaped. It is interesting to note that the female bald eagles are considerably larger than their males. However, in general they measure from 70 to 102 centimetres as their body length. These large raptors can weigh about 2.5 – 7 kilograms. The importance of bald eagles elevates as they build the largest bird nests in North America.

Golden eagle, Aquilla chrysaetos, is a widely distributed bird of prey in the Northern hemisphere. In fact, golden eagle is the best-known predatory bird or raptor. Referring Northern hemisphere for their natural range means that these birds are found in North America, Northern parts of Africa, whole Europe, and temperate Asia including Northern India. They have a dark brown plumage with some lighter golden-bordered feathers around the head and neck or nape. On the lateral edge on the wings, there are some grey or white colour feathers, as well. The curved and pointed beak is yellow, but the tip is dark coloured. However, the juveniles have more yellow than the adults do in their beaks. In addition, the juvenile plumage has few white spots and those gradually fade with age to brown colour. Their bodies measure from 70 to 85 centimetres and weigh around 3 – 6 kilograms. The females of golden eagles are larger than their males.

Difference Between Rhea and Ostrich 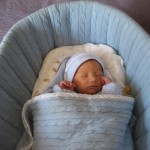 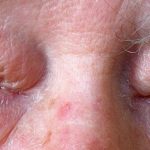