Geometry, which is a branch of mathematics, is the science of the space and the shapes. It concerns the study of relations in size, shape and position of objects. The sphere is one of the most common three dimensional geometrical objects, and a ball is a spherical shaped object.

Technically, a sphere is a closed surface with the same distance in every direction from a fixed point. The point is known as the center of the sphere, and any line passing through this point that intersects the surface at both the ends is known as a diameter.

The surface area and the volume of the sphere can be calculated using the following formula.

Spheres are round objects, and all contours and sections of the spheres are circles. This naturally gives unique properties to spheres.

• Considering all the solid objects with a given volume, the spheres have the least surface area of them all.

• Mean curvature of the sphere is a constant.

• A normal drawn at any point on the surface, when extended, passes through the center of the sphere.

A ball is an object with a spherical shape. They are often found in our day to day life, and we use the term ‘ball’ to refer to its shape. Because of its motion inherent by the shape it is used in many sporting activities such as golf, cricket, and bowling.

• A sphere is a geometrical object with a closed surface. The surface is at a constant distance from a fixed point, which is known as the center.

• A ball is an object with a spherical shape, which is often found in everyday life. Even with many variations a ball may retain its spherical shape.

Difference Between Circle and Sphere

Difference Between Circumference and Perimeter

Difference Between Transpose and Conjugate Transpose 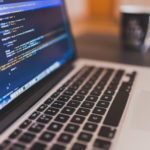