Base Rate vs BPLR Rate

BPLR is the Benchmark Prime Lending Rate and is the rate at which banks in the country lend money to their most credit worthy customers. Till now, RBI had given a free run to the banks to fix their BPLR and different banks do have different BPLR causing resentment among customers. Add to it the practice of banks to provide loans at a much higher rate than their BPLR and it completes the misery of the common people. Keeping all this in mind, RBI has suggested the use of a Base Rate in place of BPLR from July 1, 2011 that will be applicable to all banks across the country. Let us understand the differences between BPLR and Base rate in detail.

Though all banks have a BPLR, it has been seen that they charge a higher rate of interest on home loans and car loans from customers. In some cases, the difference between BPLR and the rate of interest charged by the bank is as much as 4%. There is no mechanism at present to educate a customer about BPLR and the rate at which he is being offered a loan and why there is a difference between the two rates. Though BPLR, also known as prime lending rate or simply prime rate, was originally meant to bring transparency in the system of loaning, it was seen that banks began to misuse BPLR as they were at a liberty to set their own BPLR. It became difficult for a customer to compare BPLR of different banks as all had different BPLR. Another point of resentment is that when RBI reduced its prime lending rate, banks did not automatically followed suit and continued to lend money at a higher rate of interest.

It became clear to RBI that BPLR system was not functioning in a transparent manner and complaints of consumers were increasing in an exponential manner. This is why, RBI, after studying the recommendations of a study group has decided to enforce a Base Rate instead of BPLR from July 1, 2011. The difference between BPLR and Base Rate is that now the banks are given parameters like cost of funds, operational expenses, and a profit margin that banks have to provide to RBI as to how they arrived at their base rate. On the other hand, though there were similar parameters in case of BPLR also, they were in less detail and also RBI did not have the power to scrutinize BPLR of the banks. Now the banks will be forced to follow a consistent method of calculation as against arbitrary methods they chose while calculating BPLR.

Earlier banks gave loans to blue chip companies at rates even lower than their BPLR and compensated by giving loans at higher rates to common consumers but now they have been asked not to give loans at a rate lower than the Base Rate. All this obviously means the system of Base Rate will be more transparent than BPLR system. 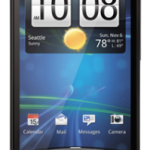 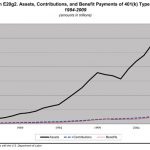