Are you confused by the use of a multitude of words like restroom, bathroom, washroom, toilet, lavatory, loo, and some more for the same public facility? You are not alone, as millions for who English is a foreign language feel the same way as they cannot differentiate between all the above mentioned terms. It is especially confusing between bathroom and restroom as these are words that connote different meaning. This article takes a closer look at the two words bathroom and restroom to come up with differences.

Bathroom is a word commonly associated with a room, which has bath facility or at least a shower inside, besides toilet seat. It doesn’t make sense to refer to a toilet as bathroom as long as there is no bath tub or any other bathing installations inside. To be certain, a bathroom is a room with a bath inside, toilet feature notwithstanding. And what could be the motive behind labeling a toilet as a restroom? I for one would not like to take rest or a nap in a toilet for God sake. There are plenty more seats to take rest on apart from the toilet seat that one gets in a restroom, isn’t it? Maybe it has got to do with feeling of embarrassment that America came up with euphemisms for toilet such as bathroom and restroom and Americans found the word toilet to be impolite, even vulgar.

There are scores of people who use the words restroom and bathroom interchangeably to refer to a place or room made for sanitation and bathing purpose. However, if one takes a closer look, there are glaring differences between the two words. A bathroom means a place which has bathing facility that could be a bathtub, a shower or an enclosure meant for bathing. It also has a sink used as a hand basin or wash basin. On the other hand, a rest room usually connotes a public facility having a toilet. The rest room can be a unit all by itself or it can be a part of a bathroom. However, it is difficult to find a bathroom without toilet facilities these days.

In terms of fittings and fixtures, a bathroom has installations that are meant for bathing such as hot and cold showers and faucets, mirrors, soap holders, and so on. Bathrooms also have a cabinet for towels and other clothes. The fixtures and objects essentially found in rest rooms include garbage bins, toilet paper holder, taps for hand wash, wash basin, hand dryer, soap dispenser, sanitary napkins etc.

Difference Between Toilet and Lavatory 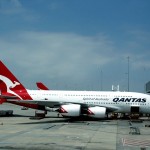 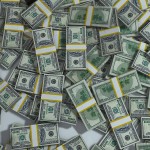