Although we are familiar with aluminum, we do not know much about where it comes from. Thus, bauxite term is quite unfamiliar to us. Following is a description about aluminum and bauxite, their relationship and the differences.

Aluminum or Al is an element in the group 3 and period 3, which has the atomic number of 13. The electron configuration of Al is 1s2 2s2 2p6 3s2 3p1. Al is a silvery white solid, and it is the most abundant metal in the earth crust. Al is not soluble in water at room temperature. Atomic weight of Al is about 27 g mol-1, and it is a light weighted, low density (but denser than water) and durable metal. It is a good electric conductor. Al does not easily ignite. Al is showing both metallic and non-metallic characteristics; hence, it is amphoteric. As a metal, it reacts with acids releasing hydrogen gas a form the +3 charged metal ion. As a non-metal, it reacts with hot alkali solutions and form aluminate ions. Since Al is too reactive to stay in its free form, naturally it occurs in minerals. Main Al containing mineral is bauxite. Large bauxite ores are located in Australia, Brazil, Jamaica and Guinea. It is also in the minerals such as cryolite, beryl, garnet etc. Al is largely used in automobiles and other vehicles manufacturing, construction, paints, for household items, packaging etc, due to its low density and resistance to corrosion. Pure aluminum is soft and lack in strength to use it, but it is mixed with other elements like iron or silicon (in small amounts) to increase the strength and hardness.

Aluminum is highly reactive, thus it is naturally occurring in oxides or hydroxide form, most of the time. Bauxite is a sedimentary rock type, which is the mineral ore of aluminum. It mostly contains aluminum hydroxide, Al(OH)3 and aluminum oxide (it is a mixture of gibbsite, boehmite and diaspore). In addition, there are iron oxides, hydroxides and other trace material mixed in it too. It has white, grey, red and yellowish color mixture. The mineral is translucent. Mainly, the bauxite deposits are in the tropical and subtropical areas and in Europe. Most of the bauxite is mined from surface mines, which have large blanket type deposits. Some are produced from underground excavations. Unlike some metal ores, bauxite is normally in good conditions, therefore, need less processing to purify it. This bauxite is then converted to alumina by chemical processes. Aluminum can be separated from alumina by an electrolysis process (Hall process). Bauxite is used as an abrasive, for cement, chemicals, makeup and other products.

Difference Between Aluminium and Alumina 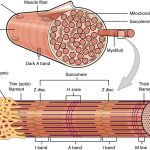 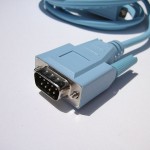 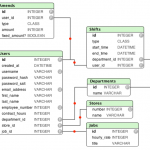