What is a Bay?

A bay can be described as a large body of water that is connected to the ocean or the sea. It is often created by the movement of the waves crashing into the land, thereby creating a conclave that is surrounded by land, but reducing the winds and blocking a certain amount of waves. Bays are usually formed where easily eroded soil, rocks or sandstones are found backed by more resilient rocks such as hard granite or large limestone that are more resistant to corrosion. However, the harder these rocks are more projections there will be jutting out to the sea of the lake, sometimes forming caves. At times even islands are created as a result of this erosion, linked to the mainland with only naturally formed bridge which too may fall away in time.

Bays provide a safe place for fishing and, therefore, had played a main role in the history of human settlements. Later they were used in the sea trade where bays were often used as ports. The size of these ports may differ from very small bays to large ones. The Bay of Biscay off Spain and France and Hudson Bay in Canada with a several hundred kilometres of width are examples for large bays.

What is a Beach?

A beach can be defined as the strip of land that is found alongside large bodies of water such as the ocean, sea, rivers or lakes. This is the kind of place where the movement of the waves or the currents rework the sediments. A beach is made up of loose particles of soil such as sand, shingles, gravel or pebbles. Most of the particles found on the beach are of biological origins such as coral line algae or mollusk shells. However, the word beach is more associated with seashores than with bodies of water that are found inland.

Beaches are popular places of recreation and developed beaches often have a number of restaurants, resorts and other recreation facilities to cater to the crowds. Popular on warm sunny days, beaches have played a main role in the tourism industry of the world from the start of the civilization itself.

What is the difference between Bay and Beach?

Bays and beaches are both found where large bodies of water are concerned and as a result, it is very easy to be confused with these two words. However, bays and beaches are two unique geographical elements that have played significant roles in the history of the mankind from the beginning of civilization itself.

• Bays are large conclaves formed into the land by the movements of waves or currents. Beaches are the strips of land that is comprised of loose soil found alongside large bodies of water.

• Bays provide a safe place for fishing and have played an important part in the history of human settlement. Beaches are mainly recreational spaces and still continue to play an integral part in global tourism.

Difference Between Grassland and Savanna

Difference Between Sleet and Freezing Rain 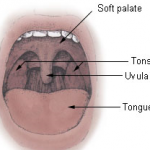 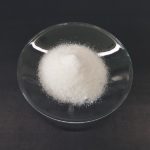