Belgian malinois and Dutch shepherd are two of the very loyal dog breeds with different origins in terms of place, but they both were developed for the same purpose. However, it should be noticed that only one out of them is a very rare breed and the other one is only a variety. Thus, it seems that there are many significant differences between Belgian malinois and Dutch shepherd despite their original uses were the same.

Belgian malinois (aka Malinois) is a medium size dog breed that has been originated in Belgium. Belgian malinois is a variety of the original dog breed Belgian shepherd. Their body shape is unique among all the shepherd dog breeds; it is square-shaped with a length as equal as the height. Purebred Belgian malinois male measures between 61 and 66 centimetres while a female measures between 56 – 61 centimetres as their heights at withers. The weight of a female could range from 25 – 30 kilograms while a male would be between 29 – 34 kilograms. The muzzle is black in colour and the ears are erect. Their unique appearance has been accompanied with the presence of some extra-long hairs around the neck.

Purebred Belgian malinois dogs are available in colours ranging from fawn to mahogany, and tan with some black colour present in ear tips. However, other varieties of the original breed, Belgian shepherd, are available in solid black, as well. They are generally active and hardworking animals. In fact, malinoises are the most energetic dogs. These dogs are very friendly and protective of their owners. The importance of Belgian malinois is high as a police dog since they can track down the suspects using their excellent sense of smell. Additionally, they can be trained to detect odours of explosives, as well.

Dutch shepherd is an old breed of dog originated in the Netherlands, developed for herding purposes of sheep and cattle, and they have been so named. Dutch shepherds have become very rare and now being included in the American Rare Breed Association. It is a medium size dog with males and females varying around 57 – 62 centimetres 55 -60 centimetres respectively at their withers. The body is nicely proportional and full of muscles, which ensures a well-balanced structure and a very powerful stature.

Dutch shepherd has a short and rough coat of fur, which is available in brindle colourations of golden or silver. The golden brindle Dutch shepherds come in the range from light sand to chestnut red. However, it would be important to know that their coat sometime could be long as well, and it should be brushed about once in a week for a nice and mat-free fur. Additionally, there are three different varieties of this breed based on the texture of the coat such as shorthair, longhair, and rough-hair. They are highly reliable dogs with a very loyal temperament towards the owners. Their independent nature with the alertness makes them good watchful dogs, and definitely a lovable companion.

What is the difference between Belgian Malinois and Dutch Shepherd?

• They have different places of origins, and they are so named.

• Malinois is a variety of the original Belgian shepherd breed, whereas Dutch shepherd has the reputation of a full breed.

• Malinois is larger than the Dutch shepherd.

• Malinois comes in a range of colourations, whereas Dutch shepherds are available in golden or silver brindle.

• Malinois can be trained to be experts of explosive finders, but not the Dutch shepherd.

• Dutch shepherds are very rare but not the malinois.

Difference Between Slugs and Snails 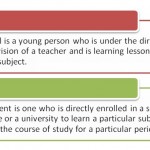