Benzene and benzine are very similarly spelled words. Both are hydrocarbons and nonpolar liquids. However, they have so many different chemical and physical properties.

Benzene only has carbon and hydrogen atoms arranged to give a planar structure. It has the molecular formula of C6H6.  Its structure and some of the properties are as follows. Benzene structure was found by Kekule in 1872. Because of the aromaticity, it is different from aliphatic compounds.

Benzene is a colorless liquid with a sweet odor.  It is flammable and evaporates quickly when exposed. Benzene is used as a solvent, because it can dissolve a lot of non-polar compounds. However, benzene is slightly soluble in water.  The structure of benzene is unique compared to other aliphatic hydrocarbons; therefore, benzene has unique properties. All the carbons in benzene have three sp2 hybridized orbitals. Two sp2 hybridized orbitals of a carbon overlap with sp2 hybridized orbitals of adjacent carbons in either side. Other sp2 hybridized orbital overlaps with the s orbital of hydrogen to form a σ bond. The electrons in p orbitals of a carbon overlap with the p electrons of carbon atoms in both sides forming pi bonds. This overlap of electrons happens in all the six carbon atoms and, therefore, produces a system of pi bonds, which are spread over the whole carbon ring. Thus, these electrons are said to be delocalized. The delocalization of the electrons means that there aren’t alternating double and single bonds. So all the C-C bond lengths are the same, and the length is between single and double bond lengths.  Because of the delocalization benzene ring is stable, thus, reluctant to undergo addition reactions, unlike other alkenes.

The sources of benzene can be natural products or various synthesized chemicals. Naturally, they are present in petrochemicals like crude oil or gasoline, and as for the synthetic products, benzene is present in some plastics, lubricants, dyes, synthetic rubber, detergents, drugs, cigarette smoke and pesticides. Benzene is released in the burning of above materials, so automobile exhaust, factory emissions contain them. Benzene is said to be carcinogenic, so exposure to high levels of benzene can cause cancer. 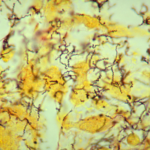 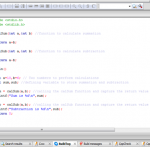