Birds are one of the most fascinating groups of animals with extremely different anatomy, physiology, and morphology among all the animals. The choice of birds to adapt according to the demands of the three-dimensional aerial environment is very interesting. On the other hand, the rest of the animals with a large body masses have been watching the birds flying over them. Despite the fact that challenging choice of birds is interesting, the other animals do have standard lives with fully functioning complete body systems to sustain their lives. Therefore, it would be interesting to follow the specialities of birds and the rest of the animals.

Birds are members of the Class: Aves and they are one of the warm-blooded vertebrates other than mammals. There are about 10,000 extant bird species, and they have preferred the three-dimensional aerial environment with great adaptations. They have feathers covering the whole body with adapted forelimbs into wings. The interest about birds elevates because of some specializations seen in them viz. feather-covered body, beak with no teeth, high metabolic rate, and hard-shelled eggs. In addition, their lightweight but strong bony skeleton made up of air-filled bones makes easy for the birds to be airborne. The air-filled cavities of the skeleton connect with the lungs of the respiratory system, which makes it different from other animals. Birds are more often social animals and live in groups known as flocks. They are uricotelic, which means their kidneys excrete uric acid as the nitrogenous waste product. In addition, they do not possess a urinary bladder. Birds have a cloaca, which has multi purposes including excretion of waste products, and mating, and laying eggs. Birds have specific calls for each species, and they differ with the mood of the individual, as well. They produce these vocal calls by using their syrinx muscles.

Animals are of many types and most importantly there are about 30 million species according to the fairest of the predictions, and it could only be more than that value but not less. Animals are morphologically and anatomically very different from each other. Interestingly, the physiology is not varied as much as the other aspects of biology have been among animals. There are animals with or without limbs, wings, eyes, central hearts, lungs, gills, and many other organs and systems. Their body sizes can vary from a tiny little unicellular animal to a giant blue whale or an elephant. Animals have naturally conquered every ecosystem in the world, showing wonderful adaptations to each respective habitat anatomically, physiologically, and sometimes mentally. Animals have been able to survive through all the eras came by after the origin of life on Earth. The Earth is an ever-changing place when it is viewed from the geological timescale with, floods, droughts, cold, heat, sunlight, and all the other environmental factors emerged and dominated in different times. According to the situations, some animals had to evolve and adapted for their survival, but others died and became extinct. Depending on demand from the existing environment, or technically the ecosystem, the animals developed their preferences with appropriate devises or organs and trying to sustain for a long time. 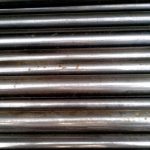 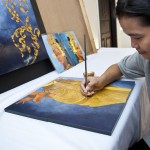