BlackBerry Messenger 5.0 and BlackBerry Messenger 6.0 are two versions of the instant messaging application used in the blackberry devices. Research In Motion (RIM), the maker of the Blackberry devices is the proprieter of this application. The Blackberry PIN system used in BBM makes the communication possible only between two blackberry devices. However soon we can see this application with other platfoms, RIM is considering to open the apps for all users. The attractive feature of BBM is that more than two people can communicate by using the dedicated chat groups.

By using Blackberry Messenger 5.0 you will get many features as, send and receive messages of unlimited character length, share photos, videos and other media files at the same time with multiple users,reveal the music that you are playing right now, real time conformation when the sent message is delivered and read, back up and restoration of contacts and important files is possible with just few clicks, add contacts via email and PIN, choose your own BBM display picture and security of the messages sent. Blackberry provides a very secure service.

With the Blackberry Groups feature users can create different groups such as family, friends, professional, business and many other and within the group can share pictures, media files, contacts and appointments. You can also chat with members of a group and comment on shared items.

This is the newer version of Blackberry Messenger 5.0, this application is improved version of its predecessor. The developers Research in motion had designed a new interface look. It features a menu bar at the bottom and bars on the side options. Also one more interesting feature that will come up with this application is that the user can now associate colours to different groups which will make it possible to identify the groups such as family, friends, work etc at a glance. The service up gradation will also be done with this it will be possible to integrate different applications. Some more features include, ability to play games and using your Blackberry messenger name as the gamer name. Although the company has not officially revealed all the features but it seems that the new Blackberry messenger list will be able to include more number of contacts that in its predecessor.

First of all the basic difference is of interface appearance, the look in 6.0 version is a new design and includes bars at the bottom and sides. In Blackberry messenger 6.0 a new feature is included with which a colour can be assigned to every contact group with which you can identify it in a glance which is not provided in its predecessor. Another difference is that in messenger 6.0, with the help of service upgrade it is possible to integrate different applications. Also in the new messenger if you request to play a game with your friend who does not have same game on his device he will be automatically directed online application store to download that game. Another improvement which the newer version will feature is that it will be able to hold more contacts in the groups than the previous version. One more thing expected in this version is that the user will be able to cross chat with people who may not be in their list, although it is not officially announced by the company. 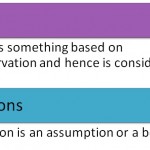 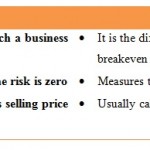