The demand for smartphones has dramatically increased with the evolution of the technology. Because of this demand, it has become an industry that creates opportunities for new vendors. This is actually not because the prevailing vendors can’t match the demand by their supply. On the contrary, there is excessive supply of smartphones, but since it’s a device that is completely user biased and personal, there is still demand for alternative handheld devices. Although this is the case, a new vendor can’t just set up a manufacturing plant and start manufacturing because there are entrée barriers. The hack through them is not to become a mainstream manufacturer, but to be a side manufacturer and market your products as limited and unique editions. That way some part of the entrée barrier gets lifted since you are not going to produce the device in mass scale; instead, they will be on a smaller scale mitigating any unforeseen losses. Of course, one may argue that it would make the company lose economies of scale, but looking at the profitability analysis, it’s apparently advantageous to continue this way until you get a ground on your own.

BLU is one such company that surfaced in 2009. Based in United States, they manufacturer smartphones that are limited editions and unique. They have had their success stories and moments of glory. At the MWC 2012, they have announced a 5.3 inch hybrid of smartphone and tablet to the market, and it seems they are challenging the Samsung Galaxy Note and LG Optimus Vu. Then again, we can’t really call that a challenge for reasons that will be apparent when we take a look at the BLU Studio 5.3. In any case, we chose LG Optimus Vu to be compared against Studio 5.3 since both belong to the same category.

In the introduction, we first identified BLU as a challenge to Galaxy Note and Optimus Vu, but the reason Studio 5.3 can’t really beat them is the fact that it is also a budget phone. It comes with 5.3 inches TFT capacitive touchscreen featuring a resolution of 800 x 480 pixels at a pixel density of 176ppi. It looks sleek with the glossy back cover it has and falls into the hefty side of the spectrum scoring a weight of 192g. It has a length of 150mm and a width of 81mm, which makes it fit right in to your pocket. It is powered by 650MHz processor on top of MediaTek MT6573 chipset, and there was a rumor of planned upgrade to 800MHz processor. It also has 512MB of RAM and 512MB of internal storage that can be expanded using a microSD card. At a glance, there’s nothing special about this processor, and all evidence point towards a low end processor. Frankly, we think so too although we can verify that when we get our hands on this slate and perform some tests. What we can tell you is that, MediaTek processor isn’t considered as a mainstream processor although it might be worth giving it a chance to prove itself.

Studio 5.3 is a dual SIM edition, but it supports HSDPA connectivity only on the first SIM. Other than that, Studio 5.3 also has Wi-Fi 802.11 b/g/n for continuous connectivity. It can also act as a wi-fi hotspot enabling you to share your internet connection. The handset has 5MP camera with autofocus and LED Flash along with Geo tagging. It can only capture 480p video @ 30 frames per second. It also has 2500mAh battery, which would explain the unusual weight, but BLU only promises a battery life of 8 hours, which is rather low for a large battery life this.

The Optimus family is where the fame of LG lies in the smartphone market. All of the successful and prestigious handsets from LG have been in the Optimus family, and we can infer a good feeling about any member of the same family. The LG Optimus Vu is indeed a hybrid having dimensions of 139.6 x 90.4mm, and it is thinner than Samsung Galaxy Note scoring a thickness of 8.5mm. It is also light weight and hosts a 5.0 inch HD-IPS LCD capacitive touchscreen that features a resolution of 1024 x 768 pixels at a pixel density of 256ppi. It is powered by 1.5GHz Scorpion dual core processor on top of Qualcomm MSM8660 Snapdragon chipset with Adreno 220 GPU and 1GB of RAM. Optimus Vu runs on Android OS v2.3.5 Gingerbread and fortunately LG promises an upgrade to Android OS v4 IceCreamSandwich within three months of the release. It is needless to say that the handset performs extremely well in the toughest conditions. It has the best clocked processor up to date in the mobile phone market, and the OS ensures smooth operation.

One of the things consumers wanted was fast connectivity, and that’s exactly what Optimus Vu gives. Powered up by LTE 700 connectivity, Optimus Vu enables you to browse the internet at breathtaking speeds like you’ve never experienced. The high end hardware setup ensures that you can multi task seamlessly without a single performance glitch. There is a CDMA version of Optimus Vu, as well. We noticed that LG hasn’t forgotten to include great optics, as well. The 8MP camera is a state of the art and has autofocus and LED flash while enabling you to capture 1080p HD videos at 30 frames per second. As usual, the camera comes with Geo Tagging feature with Assisted GPS functionality and the 1.3MP front camera is ideal for video conferencing. It has Wi-Fi 802.11 a/b/g/n for continuous connectivity, and it can also act as a wi-fi hotspot, which makes Vu the perfect candidate to share your high speed internet connectivity with your friends. The DLNA ensures that you can wirelessly stream rich media content directly from your handset to your smart TV. The LG Optimus Vu has 32GB of internal storage and comes with the option to be expanded using a microSD card. It also has a T-DMB TV turner which is new to an Android system. The standard 2080mAh battery is assumed to keep up for a period of 6-7 hours.

Even if you skim through the comparison above, you would understand that LG Optimus is the best among these two and that BLU Studio can’t even come close to the performance LG Optimus Vu offers. For starters, BLU Studio 5.3 has 650MHz processor, which even a single core version of Optimus Vu would beat, since it’d be clocked at 1.5GHz and with the dual cores, it’s a killer machine. The screen is brighter, better and offers a higher resolution compared to BLU and Vu also offers super-fast LTE connectivity. The added advantage of hosting a super reliable camera is another reason to go for Optimus Vu. What more can you really ask for?

The catch is that, BLU Studio 5.3 comes at 199 Euros price tag, which may just change your purchasing decision where LG Optimus Vu is going to be priced at least twice of this tag. I can’t say they offer the same luxuries, but all I’m saying is, you can’t really complain either if they offer Studio 5.3 for this price. So let’s face it, the decision is yours to make whether you’re going to go for Studio 5.3 or LG Optimus Vu, but remember to think carefully whether a 5 inch smartphone is what you actually need. 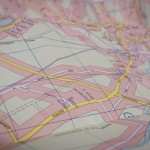 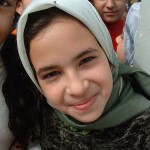 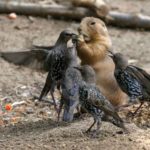 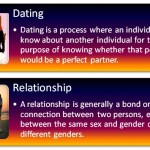