Crabs become important in many ways, but their importance is known widely as a delicious food for humans, yet the ecological roles that they play is also of great value to the nature. Different crab species are of different importance, where blue and red crabs have not been a difference to that rule. Blue crab and red crab exhibit a range of differences with regard to physical features, behavioural characteristics, ecology, food values for human, and few other aspects.

Blue crab is scientifically known as Callinectes sapidus, yet the names Chesapeake blue crab, Atlantic blue crab are also in the use. As one of its common names suggest, blue crabs are natively found in the Atlantic Ocean, yet specifically lives around the western edge of Atlantic coastal waters. These crabs have beautiful blue colour appendages with a blackish blue carapace. The carapace measures about 230 millimetres, and it bears four frontal teeth, which is an identification feature from other related crab species in the Atlantic Ocean. They show clear sexual dimorphism, which features most prominently in the shape of their abdomen, where it is slender and long in males while females have a rounded and dome-shaped abdomen.

Blue crabs are popular as a food for people, especially around Chesapeake city on the east coast of Virginia, United States and in the Gulf of Mexico. Blue crabs are omnivorous; they clean the sea by feeding on decaying matter of animals, but their preference to eat shelled bivalves and small fish should also be noted. It is fascinating to know that one female blue crab can produce an enormous number of eggs such as more than 8,000,000 in a lifetime.

Red crab is most popularly known as the Christmas Island red crab, and its scientific name is Gecarcoidea natalis. Red crab is only found in the Christmas Island and the Cocos Island of the Indian Ocean. They have bright red appendages with a dark red carapace that measures about 11 centimetres. The carapace is round shaped with no serrated margins or frontal teeth. Their bright red appendages are large for the small carapace, yet the claws are small. Male red crabs are usually larger than the females, but the feminine abdomen is broader than the masculine one is. However, the difference between the male and female abdomens is valid for the adult (more than three years old) red crabs.

Red crabs live in burrows, to ensure that the sun will not dry them out. They breathe through gills and feed mostly on plant matter such as leaves and flowers. However, red crabs occasionally feed on some animal matter, as well. Red crabs have been observed for their cannibalistic behaviours. One of the well-known behaviours of red crabs is the annual migration to sea for reproduction. Millions of crabs migrate along the sea floor and lay their eggs. According to the estimated population sizes, there should be about 43.7 million red crabs, which is after a massive population decrease due to an invasive ant species, yellow crazy ant, killed almost one third of the red crab population.

What is the difference between Blue Crab and Red Crab?

• As their names depict, blue crab and red crab are different in colours.

• Red crab is native to the Atlantic Ocean while blue crab is endemic to the Cocos Island and Christmas Island in the Indian Ocean.

• Blue crab is larger than the red crab.

• Blue crab is popular as seafood but not the red crab.

• Blue crab is an omnivore, whereas red crab is predominantly a herbivore but occasionally feed on animal matter. 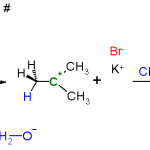 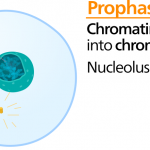