Boron is the element with the symbol B. It is the 5th element in the periodic table with the electron configuration 1s2 2s2 2p1. Boron is a metalloid. The atomic mass of boron is 10.81. Naturally boron doesn’t exist by itself. Rather, it combines with oxygen to form boric acid, or it combines with other elements like sodium to make salts like borax. Boron is an essential micronutrient especially for plants, and it is needed for humans too.

Boric acid, which is a compound containing boron, hydrogen, and oxygen, has the molecular formula of H3BO3. It is shown as B(OH)3too. It is also known as boracic acid, orthoboric acid, and hydrogen borate. This is a naturally occurring compound. Boric acid exists as solid crystals, which are white. It may exist as a white powder too. In the crystal, layers of B(OH)3 are held together by hydrogen bonds. They are odorless and tasteless. Boric acid is a weak acid, and it dissolves in water, but boric acid doesn’t dissociate in water and release protons as a Bronsted acid. Rather it interacts with water and forms the tetrahydroxyborate ion and acts as a Lewis acid.  Melting point of boric acid is 170.9 °C, and the boiling point is 300 °C. Boric acid is naturally present in most foods. Usually fruits, vegetables, grains, and nuts have a high amount of boron. So boron, which is needed for animals, is coming from the diet. Boric acid is present naturally in the water and the soil too. So plants can also gain the required amount of boron through these sources. Boric acid is found in districts like Nevada, Lipari Islands where volcanic activity is present. It is also found in minerals like borax, boracites and colemanite. Boric acid can be prepared by borax, and it was first prepared by Wilhelm Homberg. Boric acid is used as an antiseptic in medicine to treat minor burns, cuts, acne etc. It is a well-known insecticide to control termites, fleas, cockroaches, and many other insects. Boric acid is also used as a flame retardant, neutron absorber or as a precursor to produce other chemical compounds.

Borax is a mineral which is a sodium salt of a boron containing compound. It has the formula of Na2B4O7.10H2O. It is also known as sodium tetraborate, disodium tetraborate or sodium borate. The mineral is a solid, soft crystal. Though the formula shows ten water molecules, there can be crystals accompanied with varying number of water molecules. The term “borax” is used to refer all these compounds. Although it is a colorless crystal, sometimes it may have brown, yellow, or green colors. Borax easily dissolves in water. It is used widely for a variety of uses. For example, it is used in detergent, cosmetics, and as a fire retardant, anti-fungal compound etc. It is also used to make buffer solution in biochemistry.

Difference Between Sodium and Potassium

Difference Between Purifier and Clarifier

Difference Between Polycarbonate and Acrylic 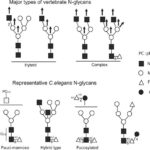 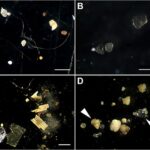