There are pairs of words in English language that sound same but have different meanings, and for those whose native language is not English, it is a tough time catching such words and understanding the meaning in the context they are spoken. In this article, we shall talk about born and borne, which are ever so confusing because of the fact that both come from the same root bear. Read on to know the differences as well as the usage of the two words.

Let us talk about the simpler of the two, which is born. This is the word used when some life form is brought into existence such as a baby being born. The word is commonly used to tell others when we came into existence in this world. There are more subtle meanings of the word though, and these will be discussed in the following paragraph.

When we describe a person as born leader, we mean to say that the person has innate abilities of being a leader and that he is naturally predisposed to become a leader. The same word born is used for many who exhibit exceptional talent in any field such as art, music, sport etc. A born musician, a born cricketer, and so on is what we read and hear so often about talented people.

Born is also used as a suffix against countries to let people know about the origin or place of birth of a famous personality. For example, Kevin Peterson is South Africa born. Born is a word that is also used to describe a process that has just begun. His act was born out of the realization that he needed money desperately to save many lives. If someone says he was not born yesterday, what he means to say is that he should not be considered immature or naïve.

Now let us talk about borne, which puzzles many of non natives. It is a past participle of bear, which is a verb. You bear pain when you are ill, but when you describe others as having borne pain because of illness. Borne is also used to describe the presence of impurities in air or water. We talk of air borne and water borne diseases. A woman bears children of her legally wedded husband, but you say many kids were borne by the lady. 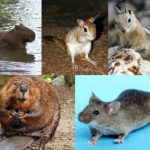 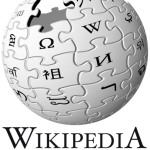