It might be confusing for someone who has not really studied these terms, but those are quite simple and easy to describe, and from there onwards understanding the differences between species and breed would be a piece of cake. The interesting part in here is that both species and breeds are everywhere, and we deal with those most of the time. However, these are terms with a biological ancestry. This article intends to discuss the biological aspects of the terms species and breed, and emphasize the differences between them.

Breed, is defined as “a group or a stock of organisms (animals or plants) with similar characteristics that distinguish them from other species, and typically bred by selecting deliberately”. There could be many breeds of plants or animals for one particular species. However, the characteristics of different breeds differ from each other. According to the definition, breeds are generated through a series of deliberate, selective breeding, which results breed-specific characters. These characters or traits are inherited through generations of purebred animals or plants. That means the diversity of characters inside a breed is much less compared to among breeds. Usually, domestic animals are selectively bred for different purposes. In the process of developing a good breed, the breeders try their level best to eliminate diseases, and which will be a great advantage. Dogs, sheep, cats, horses, cattle, and rabbit are some of the major animals with many breeds developed for different purposes including predominantly for working and performing as well as to keep as pets.

Species is a group of organisms who has similar features and can produce fertile offspring upon taking place the breeding. The organisms include in one particular species have the same number of chromosomes, hence similar morphological features, and more or less similar ecological niches. One particular species should have at least few exclusive features that are not seen in other species. Above all, out of those characteristics of biological species, the ability to produce fertile progeny is the most important feature. However, biological species are further divided into subspecies. According to the taxonomy, there can be any number of species under one genus, which is indeed the ancestor of the species. When writing the genus and species, there is an accepted scientific way to follow; underlined separately in handwritten instances or italicized in typewritten occasions. The species name comes next to the genus in both handwritten and typewritten ways. However, there could be any number of breeds or subspecies inside one particular species. The species is the most important deviation that causes diversity of life, and it is not fair to ask any scientist about the number of species in the world as it is far beyond anyone’s guess. 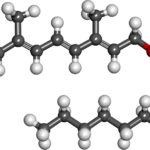 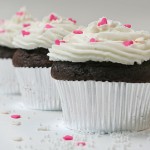