Bronchitis is the inflammation of bronchi. There are two main bronchi. They are divided into three on the right side and two on the left side. These lobar bronchi further subdivide into segmental bronchi. Bronchitis involves these large airways. Bronchitis is a very common condition especially in children. Bronchitis can come in two forms. They are short lasting acute bronchitis and long lasting bronchitis (asthma).

Bronchi may get inflamed due to a whole host of causes. Infective bronchitis may be due to viral (commonest), bacterial or fungal (in immunocompromised individuals). Allergic bronchitis occurs most commonly in atopic individuals. Environmental agents, which are usually not harmful to humans, may cause histamine release and an inflammatory reaction. Foreign bodies getting lodged in the lumen of one of these large airways may elicit an inflammatory response.

Bronchitis presents with difficulty in breathing, rapid breathing, noisy breathing, cyanosis, poor exercise tolerance, cough and sputum production. There may be subtle distinguishing features in the symptomatology which allow clinicians to make a diagnosis. In general, the obstruction of larger airways gives obstructive airways disease symptoms. The spirometry will show a low Forced Expiratory Volume for the 1st second and a normal Forced Vital Capacity. Peak flow will be low. Full blood count, blood culture, sputum culture and chest X-ray may be done as needed.

• Bronchitis gives obstructive features while bronchiolitis is a mix of obstructive and pneumonia-like features.

Difference Between Bronchiolitis and Pneumonia

Difference Between Aphasia and Dysphasia

Difference Between Hemorrhoids and Colon Cancer

Difference Between Chlamydia and Gonorrhea 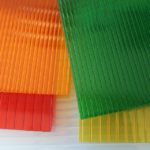 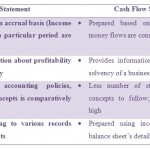