We all know what a forest is, or at least know it with other names that are used to refer to an area of a vast expanse covered with dense vegetation and giant trees. It is the presence of very high proportion of trees that makes such an area, also called woods or woodlands, classify as a forest. Almost 1/3rd of land area across the world is covered with forests of various types. There is another word bush used in some countries that connotes an area similar to that of forest which is why people remain confused between a bush and a forest. This article attempts to clarify the doubts from the minds of the people by highlighting the differences as well as describing the usage of the word bush in different countries.

Bush is not a universal word but restricted to a few countries where it is used in different contexts. It is used to refer to an area with dense vegetation, which is not a forest full of shrubs and bushes, and has eucalyptus trees that provide a cover to the vegetation. There is another use of the word bush in Australia. If there is a reference to a person going bush, it means any uninhabited or sparsely habited area with or without dense vegetation. It also means countryside or an area that is outside metropolitan cities. Extension of bush can be found in terms such as Bush Cricket and bush music that are indicative of rural settings.

The word bush is mostly used in Australia where it refers to a land in the countryside rather than in cities. To be bushed for an Australian means to be lost in the wilderness. Therefore, an Australian can be bushed even in New York, which would be hard to understand for an American. In the African continent in general, the term bush is used, not for countryside but for an area similar to a forest though having smaller vegetation.

Difference Between Forest and Woodland

Difference Between Bush and Shrub 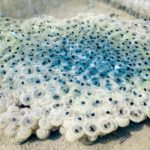