It is difficult to remain without your morning toast with butter, isn’t it? And who can resist those yummy cheese pizzas in Pizza Hut and Domino’s? God knows what they do to cheese to make such delicious pizzas. And half the taste of the paranthas made by your mom would be gone without that piece of butter spread over it generously by mom. Both cheese and butter are milk products, and bring the goodness of Mother Nature to your health and taste. However, they are so different from each other (like chalk and cheese, as they say). You may find both of them equally tasty, but are you aware of the differences between these two dairy products? Let us find out.

Butter is made from the cream that you see floating over milk. Butter is a mixture of fat of milk, buttermilk and water. After taking out cream from milk, it is soured with strains of lactic acid and bacteria called Streptococcus cremoris or Lactobacillus lactis. One more bacteria called Leuconostoc citrovorum is added to the cream before churning. This bacteria converts citric acid present in milk into acetyl which is what is responsible for the flavor and aroma of butter. During churning the cream becomes granular and separation of buttermilk takes place. The fat globules of milk get violently agitated and clump together to turn the nature of cream from that of oil in water emulsion into water in oil emulsion.

Butter, when it is finally formed after churning has a characteristic property known as spreadability which is not present in substitutes used by people in place of butter. This spreadability is a result of glyceride structures of butterfat and also because of the presence of saturated fatty acids. Once butter has been well pasteurized, you can keep it refrigerated for a long time without any deterioration in its quality.

I know that names of all dishes made of cheese come in front of your eyes if its name is taken in your front. But have you ever thought how your favorite cheese is made and what its nutritional properties are. Cheese is made from milk curd that has been separated from liquid portion of milk. Curding of milk is done using an enzyme called rennin and lactic bacterial starter cultures. The milk curd so obtained is cut into cubes and then heated to about 38 degree Celsius for about 45 minutes. The curd cubes shrink because of heat and also the acid formation is increased. The remaining liquid portion of milk (also called whey) is drained and then curd is again cut into small cubes. These cubes are kept under pressure overnight to drain off more moisture. Though, there is still moisture present in the final product, its proportion decides whether the cheese would be classified as hard, semi soft, or soft cheese. If water content is 50-80%, the cheese is called soft cheese. It is called semi hard if the content of moisture is around 45% and hard if water content falls below 40%.

If additional bacterial action is required to give cheese its desired shape and texture, it is called ripened cheese. In India, a special cheese called Surti paneer is made in Mumbai and Surat. This paneer (cheese) is made using coagulants obtained from the stomach of goat. Ordinary cheese is made from coagulant obtained from buffalo.

Difference Between Lotion and Liniment 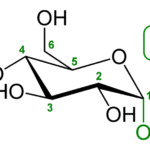