Although they both look alike, butterflies and moths are quite different from each other. The niche they occupy is almost the same, but the time that they share the resources is different. The appearance of both resembles each other, but there are many distinct morphological characteristics between them. However, the taxonomy does not classify them in two different classes but in the same order under the Class: Insecta. Despite the taxonomic flaws, the most tangible and important differences between a butterfly and moth are discussed in this article.

A butterfly could be any of the diurnal lepidopteran insect with contrasting and eye-catching colours on their wings. According to the fossil evidence, they have lived before 40 – 50 million years (mid Eocene epoch). There are about 15,000 – 20,000 extant butterfly species classified under three main superfamilies known as Papilionoidae, Hesperioidae, and Hedyloidae. They keep their wings close to each other in an upright position while resting. Their fluttering flight is conspicuous, and that is an important characteristic about butterflies. The fluttering is visible because they lack the coupling of wings in the flight. It would be important to notice the characteristics of their thin antennae with ball-like or club-like ends. The pupae of most of the species is a chrysalis, which is an exposed pupa without the silk case. The abdomen of butterflies is very important to notice, as it is a smooth and slender structure of their body. They are active in the daytime and their wings being brightly coloured or contrastingly visible. Mimicry is one of the interesting phenomena present among butterflies. In addition, they are able to play dead in front of a predator.

Moths are the nocturnal or crepuscular lepidopteran insects with stout and hairy bodies. However, there are some diurnal species, as well. The number of extant moth species is very high with the number reaching up to 160,000. This number is an estimation, and there are few thousand species yet to be described. Moths are mostly economically significant animals both positively and negatively. The silk moth is an advantageous species while there are some agricultural pests, as well. The pupae of moths live inside the cocoon secreted by the caterpillars. It will be easy to notice by looking at a moth that their abdomen is stoutly built, and it is mostly covered with small bristle-like hairs. They have feathery and comb-like antennae without a certain shape to the end. Moths have a smooth flight with coupled wings, which is facilitated by the presence of frenulum or filament on the hind wing, to attach with the forewing. Their wings are not often brightly coloured; instead, those appear to be dull with black, white, or grey colours. Moths keep their wings parallel to the ground when they are resting. In other words, their wings are held far apart at rest.

Difference Between Locust and Grasshopper 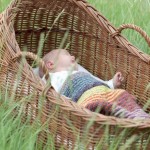