Home / Technology / IT / Programming / Difference Between C and C#

Since 1950, many programming languages have been incepted, while some are purely new and others are variants of existing to support numerous programming paradigms. Both C and C# are programming languages, which were introduced as variants of existing languages. It is known that C’s predecessor is B, originally developed by Ken Thompson, with contributions from Dennis Ritchie, and C# was designed with the concept C-like Object Oriented Language in mind. C is being used for system and application software development, whereas C# is much better for application software development.

C is a general purpose programming language, which was originally developed by late Dennis Ritchie at the Bell Labs in 1972. Though the idea of language was to support user friendly system programming, it has been used for major programs in different domains.

C is a typed language where both fundamental and derived data types are present, and expressions are formed from operators and operands. C is a structural programming language, which provides fundamental control-flow constructions with if-else, switch, while and etc. In addition, input and output can be directed to the terminal or to the files, and the related data can be stored together in arrays or structures. The program is supported with functions, which will return values of basic types, structures, unions or pointers. And functions are recursively callable.

C is a light weight language, and a C program consists of source and header files. The C compilation starts with C preprocessor substitutes macros in the program files. Then the C compiler converts the code to the assembly code. The assembler converts the assembly code to the object code before the Link Editor combines the library functions or functions defined in other source files referenced by program source code (with main()) to create an executable file.

C# was developed by Microsoft, whose development team was led by Anders Hejlsberg. C# is an object-oriented programming language that offers very good features such as array bounds checking, strong type checking, and automatic garbage collection. It is truly a high-level language for the developers because of the software robustness, durability, and programmer productivity.

C# programs are organized using namespaces, which offer a hierarchical means of organizing elements of one or more programs.

The language supports mainly two types: value types and reference types. It supports boxing and un-boxing through its implementation of variables as objects. It supports C++ templates via Generics, which are very important in generic programming. Though the language does not have an explicit preprocessor, the C preprocessor based symbol defining is supported.

In C#, the source code is compiled to a CIL (common intermediate language) code, and at runtime, this CIL code is converted to machine code using JIT (Just In Time) compiler. This pre execution-time compilation needs to take place on the computer that the program is to be executed, because it will evaluate the machine characteristics (processor, memory, and so on) in order to generate code that is more efficient. 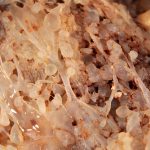 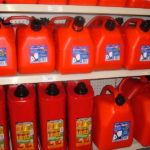