These are two of the very rare dog breeds from two different countries. Their temperaments are much similar, but the body make ups exhibit some diversification. However, they could bring a high amount of interest about themselves, and it would be very useful to own them as both Cane Corso and Boerboels are highly protective of the owners.

Cane Corso is an Italian large breed of dog kept as a guardian, companion, and hunter. They belong to the dog breed group of Italian Molosser. They have a well-developed body with a physique rich in musculature. Their height at withers is about 62 to 69 centimetres and the standard weight could range from 40 to 50 kilograms. They have a moderately tight skin, but some dogs have dewlaps in the neck area and hanging jaws. One of their distinctive characteristics is the wide and long muzzle, which, in fact, is in the ration of 2:1 length to width. Cane Corso ears are medium in size and dropped forward, but some owners like to have their ears cropped. Tail docking is common for this breed. They commonly come with black or fawn coloured coats and sometimes with brindle. There are white markings on the chest, toes, and chin area.

Cane Corso’s temperament should be handled with care, and should be socialized well as they are little aggressive from their genes. In addition, they are not friendly towards strangers, but very closely attached to their primary owners. They live for about 10 to 11 years.

Boerboel is a South African dog breed with a large body mass and a massive size. Their origin is believed to be taken place around early 1600s when the Europeans settled down in South Africa. Boerboel has been bred to get the service as a guard dog for farms and ranches. Additionally, they have been useful in tracking the wounded game (hunted animals).

Boerboels become fully-grown adults when they are 24 months old. They are about 60 – 70 centimetres tall at their withers and the standard weight ranges around 50 – 80 kilograms. By the external appearance, Boerboels look heavier and thicker than Rottweilers and Dobermans. Despite their large body, boerboels have a neat skin, which is not hanging and drooping. Additionally, the fur coat is not messy but shiny, and that has a coarse and straight outer coat with a soft inner coat. Therefore, boerboels are easy to groom and keep clean. They are available in few colours such as fawn, black, brown, red, brindle, piebald, and Irish markings. The mask could either be black or not.

This rare mastiff dog breed is intelligent, energetic, and loyal to the owning family. Their loyalty could be described as the best defending mastiff dog breed against the enemies. They would do the job rather by attacking than intimidating the stranger in case of an emergency.

• Cane Corso is a molosser breed while boerboel is a mastiff breed.

• Boerboel was originated in South Africa, whereas Cane Corso was developed in Italy.

• Boerboel is heavier than Cane Corso.

• Cane Corso has drooping lips and dewlaps, but those are not prominent in boerboel.

• Tail docking is common for Cane Corso but not among boerboels. 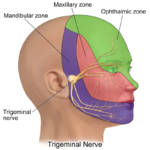