Taxes are widely known as financial levies that are paid to the government individuals who are known to receive monetary inflows from their salaries, wages and profits made from assets. Usually, a tax is forcefully obtained, in the sense that no person will willingly pay taxes, and only do so as they are obliged to make such payments to the government by law. A tax maybe direct or indirect and the rate of tax which an individual needs to pay will depend on the tax bracket in which they fall into depending on their income, or capital gains. The following article explores two forms of taxes, income taxes and capital gains taxes. The article clearly explains what each form of tax is and outlines the differences between these two forms of taxation.

What is Capital Gains Tax?

A capital gain is when an investor/individual makes a profit from the appreciation in the value of an asset. Capital gains are profits associated to assets such as stocks, land, building, investment securities, etc. Capital gains are obtained by individuals when they are able to sell their assets at a price higher than the price at which they purchased the asset. The difference between the purchase price and higher sale price is called a capital gain. Capital gains, which are made by individuals, are subject to taxation, and will depend on the tax bracket (the range in which the capital gain fits into). For e.g. an individual purchases a land for $100,000 in 10 years the value of the land has appreciated to $500,000, and he makes a profit of $400,000. According to the hypothetical tax bracket, (330,000-450,000) he is subject to 20% capital gains tax, and so he must pay 20% of his profit to the government as tax.

What is Income Tax?

Income tax is a tax that is levied by the government on the income that is made by an individual. An individual who makes a higher income will fall into a higher tax bracket and will, therefore, be subject to higher levels of taxation. Just as tax is charged on an individual’s income, so is the case for a company. The tax that is levied on a company’s income is known as a corporate tax. However, a significant difference between corporate tax and income tax is that corporate tax is charged from the company’s net income whilst income tax is where the individual’s entire income will be taxed. Income tax is a key source of income to the government and, therefore, any individual who is legally employed and has a salary that falls within relevant tax brackets must pay taxes to the government on the income they earn.

Income tax and capital gains tax are both financial burdens imposed on an individual, which on the other side serve as a main source of income to the government. Another significant similarity is that capital gains must be realized, for it to be taxed; meaning that the individual must actually obtain the cash of the appreciation to be taxed, and cannot be taxed on the appreciated value of an asset that is not sold (because even if the value of the asset increased, if he did not sell that asset he cannot obtain the cash and, therefore, cannot make any tax payments to the government). Similar is the case for income tax; tax cannot be levied on an income to be received until the income is in hand of the company/individual. 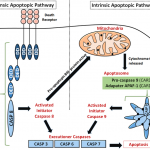 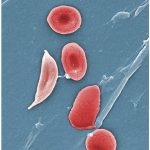