If you are on a Caribbean cruise, you may not necessarily get a chance to explore Bahamas as the entire Caribbean region can be conveniently divided into Northern, Southern, Eastern, and Western regions with thousands of islands, coral reefs, cays, and islets. Puerto Rico and Leeward and Windward Islands make up the Eastern Caribbean while the prominent countries and islands in Western Caribbean are Bahamas, Haiti, Jamaica, Florida Keys and Cuba. It is the Southern Caribbean, also known as the West Indies that comprises many island nations such as Trinidad and Tobago, Barbados, St. Lucia, Aruba, Bonaire etc.

Thus, it is clear that a particular group of islands making up Bahamas is just one area in the entire Caribbean, which is a large area occupied by thousands of islands. Caribbean is not a monolithic region, though one thing that is common to all islands on the Caribbean is warm and sunny weather around the year and crystal-clear waters with sandy beaches. Otherwise, various cultural differences are visible in different groups of islands in the Caribbean.

Caribbean islands are also collectively known as West Indies because of the misconception that Christopher Columbus had when he landed at one of the islands in 1492. He thought he had discovered India despite being close to US. 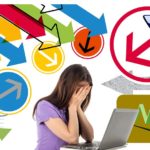