Nature has different colors.  These colors are due to molecules with conjugated systems, which can absorb visible range wavelengths from the sunlight. Not only for the beauty, but these molecules are important in many ways. Carotenoids are such a class of organic molecules that are commonly found in nature.

Carotene is a class of hydrocarbons. They have the general formula of C40Hx. Carotenes are unsaturated hydrocarbons with alternating double bonds in a large hydrocarbon molecule. For a molecule, there are forty carbon atoms, but the number of hydrogen atoms varies depending on the degree of unsaturation. Some of the carotenes have hydrocarbon rings at one end or at both ends. Carotenes belong to a class of organic molecules known as tetraterpenes because these are synthesized from four terpene units (carbon 10 units). Since carotenes are hydrocarbons, they are insoluble in water, but soluble in organic solvents and fat. The word carotene is derived from the word carrot because these are commonly found molecules in carrot. Carotene is found only in plants, but not in animals. This molecule is a photosynthetic pigment, which is important in absorbing sunlight for photosynthesis. It is orange in color. All the carotenes have a color, which is visible to the naked eye. This color is resulted due to the conjugated double bond system. So these are the pigments that are responsible for the color in carrots and some other plants fruits and vegetables. Other than carrot, carotene is available in sweet potatoes, mangoes, spinach, pumpkin, etc.  There are two forms of carotenes as alpha carotene (α-carotene) and beta carotene (β-carotene). These two differ due to the place where the double bond is in the cyclic group at one end. β-carotene is the most common form. This is an anti oxidant. For humans, β-carotene is important in producing vitamin A. Following is the structure of carotene.

Carotenoid is a class of hydrocarbons, and this also includes the derivatives of these hydrocarbons which have oxygen. So carotenoids can be mainly divided into two classes as hydrocarbons and oxygenated compounds. Hydrocarbons are carotenes, which we discussed above, and the oxygenated class includes xanthophylls. All these are colored pigments having orange, yellow and red colors. These pigments are found in plants, animals and micro organisms. They are also responsible for the biological coloration of animals and plants. Carotenoid pigments are important for photosynthesis too. They are in the light harvesting complexes, to help pants to obtain solar energy for the photosynthesis. Carotenoids like lycopene are important for preventing cancers and heart diseases. Also, these are precursors for many compounds, which give fragrance and flavor. Carotenoid pigments are synthesized by plants, bacteria, fungi, and lower algae, whereas some animals obtain these through diet. All the carotenoid pigments have two six carbon rings at ends, which are connected by a chain of carbon and hydrogen atoms. These are relatively non polar. As stated above carotene is non polar compared to xanthophylls. Xanthophylls contain oxygen atoms, which give them a polarity.

Difference Between Solution and Colloid 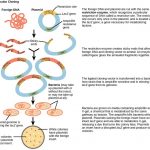 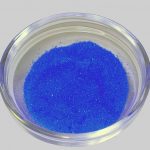