A free market economy is an economy in which all firms will have equal opportunities for fair trade of goods and services. Such economies experience higher competition within their various industries which result in better quality products and lower prices. However, there are instances in which market places do not experience fair competition, and end up being controlled by one large firm or a group/organization of firms/countries. The article takes a closer look at two such market places, monopolies and cartels. The article clearly explains each concept and highlights how they are similar or different to one another and the disadvantages of market places that are exposed to monopolies and cartels.

What is a Monopoly?

A monopoly is a market in which one single large firm will control the entire market for a particular product or service. A monopoly will have one large dominant player, and there will be very little competition for within the place which results in more control for the one player who may charge higher prices for low quality. Most countries have anti-monopoly organizations in place that are set up to protect the free market economies.

A monopoly is often times seen as unhealthy as it gives one large firm complete control over prices and quality of goods. Since the dominant player receives no competition, there is no need to improve product quality, improve efficiency (and thereby lower cost), or to meet consumer’s changing demands. A company may also enjoy monopolies for a given period of time, or enjoy a monopoly over a particular product. For example, oftentimes pharmaceutical companies and tech firms are granted patents on their innovations. This is generally given to allow time for the inventors to reap the benefits of the large research and development costs incurred. However, such patents can ensure that no other firm can produce that particular drug (or use that technology), which can act as a temporary monopoly. Certain government provided services such as utilities also enjoy monopolies, which are generally set up to centralize a streamline the provision of a particular service.

What is a Cartel?

A cartel is formed by a group of individuals, organizations, or producers/suppliers of a particular product or service and is set up to control production and sales and pricing. Cartels are created through formal agreements and can result in higher levels of control over the market place for cartel members. Cartels are generally illegal in most parts of the world since they do not offer an environment for healthy and fair competition. Cartel members come up with agreements among one another, which includes not competing among each other. Cartels generally are able to drive prices of the product/service they control well above the amount that is considered to be the fair market price.

An example of well-known cartel is the Organization of Petroleum Exporting Countries (OPEC) which controls global oil prices. Since oil prices are an essential part of the economic health of any country such a control is largely beneficial to cartel member countries and is a great disadvantage to the rest of the world that depends on such countries for their fuel needs.

What is the difference between Cartel and Monopoly?

Monopolies and cartels are quite similar to one another in that they both result in market places that have less competition, higher prices, and inferior quality goods and services. Monopolies and cartels are both equally harmful to free market places and result in consumers paying inflated prices for low quality necessities. The main difference between the two is that monopolies have only one dominant player whom single handedly controls the production, sales, and pricing of a particular product. A cartel is an organization that is formed by a number of companies selling a particular product and controls the market place for that particular product or service. In a monopoly, only one organization will benefit whereas, in a cartel, the entire group of cartel members will benefit. However, in either situation the consumer is the loser.

• A monopoly is a market in which one single large firm will control the entire market for a particular product or service.

• A cartel is formed by a group of individuals, organizations, or producers/suppliers of a particular product or service and is set up to control production and sales and pricing.

• The main difference between the two is that monopolies have only one dominant player who single handedly controls the production, sales, and pricing of a particular product, whereas cartels are groups of such dominant organizations that work together to manipulate the market to their benefit.

Difference Between Monopoly and Oligopoly

Difference Between Monopolistic Competition and Monopoly 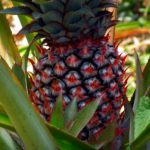