Case study and Descriptive approach are two different aspects of any research conducted in a given field. It is important to know that both these aspects differ in terms of their study and presentation.

A case study though is conducted in several fields it is quite commonly seen in the field of social science. It consists in a kind of deep investigation carried out in the behavior of a single group or individual or event for that matter. As a matter of fact a case study can be either descriptive or explanatory in character. Any single instance or an event is taken for study and it will be investigated for months by adhering to a protocol. Limited number of variables will be thoroughly examined too in the case of a case study.

Difference Between Conceptual and Theoretical Framework 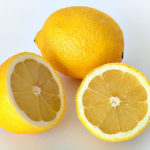