Milk is a white color liquid which contains a lot of nutrients. It is produced from the mammary glands of mammals and supply all the necessary nutrients needed for the young mammal’s growth. The composition of it varies from animal to animal. Generally milk contains milk proteins, sugar, fat, vitamins, minerals, etc.

Casein is one of the major proteins found in milk. It is actually a family of proteins. They are commonly found in mammalian milk. In cow’s milk, there is casein up to 80%, but in human milk, it is about 20 to 45%.

Casein proteins are phosphoproteins. Casein has a large number of proline amino acids which do not interact, and they don’t have disulfide bonds. Therefore, casein does not possess a good tertiary structure. It is more hydrophobic; therefore, does not dissolve well in water. Since it is a phosphoprotein, it has phosphate groups; therefore, it gives a negative charge to the milk. The isoelectric point of casein is 4.6. That is why when an acid is added to milk, casein tend to precipitate.

Whey is a by-product after producing curd, cheese or casein. When curd is producing, part of it is curdled up, and the milk serum is remaining. Curdling process is stimulated by adding rennet or an acidic substance which is edible. This milk serum is known as whey.

Whey is a watery substance and sometimes has a bluish tinge. Whey can be produced from any type of animal milk. Whey is useful in many ways, and it has a commercial advantage. It is used to produce various products like ricotta, brown cheese for human consumption. It is also added to some of the foods when preparing.

Milk contains several proteins. Casein is one of the major proteins in milk. When casein is removed from milk, the remaining proteins are known as whey proteins. Whey contains these whey proteins. It is about 20% of cow’s milk (about 80% is casein). In human milk, there are about 60% whey proteins. So whey protein is naturally found in milk. It consists of several globular proteins. They are beta lactoglobulin, alpha lactalbumin, serum albumin and immunoglobulin.

Since whey proteins include all the essential amino acids, it is a recommended dietary supplement of amino acids. It is also a good source of branched chain amino acids. It has an advantage of reducing risks of heart diseases, cancer and diabetes. Other than the proteins, whey contains vitamins, lactose, minerals, and a little amount of fat.

Difference Between Whey Protein and Protein 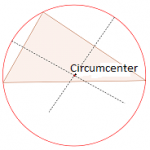 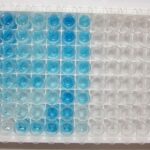