Christianity is one of the biggest religions of the world with nearly 2.2 billion followers around the world. It is one faith that has been the backbone of the western civilizations and has shaped the destiny of much of the western world. There are several places of worship in Christianity known as cathedral, church, basilica and even shrine confusing those who are non Christians and even many Christians. This article attempts to clarify the differences between a cathedral and a basilica to remove the confusion from the minds of the readers.

The word Cathedral comes from the Latin cathedra which means the seat of the bishop. Thus, there is a throne of the bishop in a cathedral, which happens to be an important church in the area, perhaps the most important in the diocese. One thing to remember when facing a dilemma is to think of all places irrespective of their names as churches where Christians come and worship Jesus. The meaning of the word cathedral says it all as it is the home church of the bishop or the archbishop as in catholic denomination.

Basilica is a Roman Catholic Church that has been so designated by the Pope. It so happened that when Rome got Christianized, a lot of building were converted into places of worship with a special architectural design that made the structure like a rectangle with outside columns looking like the Holy Cross. While such buildings in Rome were called basilicas, the later ones are those that have been so designated by Pope on account of the historical, architectural, and spiritual significance. Once a church has been declared a basilica, it remains a basilica. Thus, basilica serves as the highest designation for a church. The biggest and the most important basilica in the world is, of course, the Basilica of St Peters in Rome.

What is the difference between Cathedral and Basilica?

• Whether called a cathedral or a basilica, it remains a place of worship in Catholic denomination.

• Cathedral is the seat of the bishop and actually contains the throne of the Bishop. It is an important church building in the area.

• Basilica is a church that has been so designated by the Pope on account of its historical and spiritual importance.

• A basilica is the highest designated church in a place.

• Some basilicas are also cathedrals.

• There are 7 major basilicas, and all are in Rome.

Difference Between Chanting and Singing

Difference Between Vihara and Chaitya 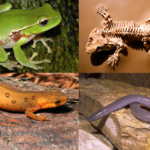