The Catholics form the backbone of Christian faith that is divided into many denominations. Christianity, a largest single religion in the world having more than 2.2 billion followers worldwide, has seen many schisms starting with Eastern Orthodox in 1054 AD and then the split caused by the reform movement in Germany and France in the 16th century resulting in the formation of Protestantism. Many Catholics around the world may have not heard about Episcopal Church, leave alone the differences between Catholic and Episcopal. Episcopal is found mainly in the United States, and many think of it as The American Catholic Church. There are many differences between the Catholic and the Episcopal that will be highlighted in this article.

The Roman Catholic Church is really the Catholic Church and is one of the oldest religious institutions in the world having millions of members worldwide. Catholic Church believes that Jesus was the son of God who took birth in human form to liberate human beings and to show them the door to salvation. His life, his sufferings, and his sacrifice are explained in the Bible which is believed to be the most sacred scripture by the Catholics.

The declaration of Henry VII in the 16th century breaking away from the authority of Rome led to the development of the Anglican in many parts of the world. Henry VII was initially the head of the Anglican Church which later on became influenced by Lutheran and Calvinist doctrines. Episcopal Church is an Anglican Church found in the US. It has a strong following inside the country with nearly two million members of the Episcopal Church. Married priests and women priests can be seen in this Church making it different from the Catholics where only male priests can be seen, and marriage is strictly prohibited. The Church is also known as the Protestant Episcopal Church in the US. There are so many similarities in the Catholic and Episcopal that to an outsider there is hardly a difference between Catholic and Episcopal.

What is the difference between Catholic and Episcopal?

• Catholics believe that faith in Christ alone is not sufficient for justification and that a man needs good deeds, in addition to faith, to achieve salvation. On the other hand, faith alone is sufficient for salvation is what is believed by Episcopal.

• Episcopal believes that God’s revelations are contained in the Bible and that the scripture has everything mankind needs for his salvation. However, Catholics place equal importance to traditions and feel that Bible alone is not sufficient for their salvation.

• Catholics believe in Papal authority and also believe that he is infallible. The idea that Pope is supreme after Jesus is rejected by Episcopal as nothing to this effect is mentioned in the Bible.

• There is a difference in the opinion on purgatory between Catholic and Episcopal as Catholics believe that one has to wait for some time, until he is cleared of all sins, to be given entry into heaven. Episcopal reject such an idea of purgatory altogether as there is no basis for this thinking in the Bible. 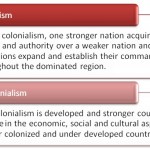