Caucasian is a word that is used to refer to people belonging to many different parts of the world, including Asia. In fact, Caucasians include people from western, central, and southern Asia. On the other hand, Asians refers to people belonging to Asia, no matter which part of Asia they hail from. There are thus many similarities between Caucasians and Asians though there are also differences as there can be Asians not included in the definition of the Caucasian race of human beings. This article attempts to bring out the differences between Caucasians and Asians.

The reason why many people seem to be interested in finding the differences between Caucasian and Asian is because of a sudden spurt in the number of Caucasian men getting interested in Asian females. This is because of the fact that many American men find American woman dominant and look for submissive women. In Asian cultures, women tend to be submissive whereas men have a dominant role to play.

Coming back to the topic, Caucasian is a broad, generic term that is loosely applied to people whose ancestry can be traced to Europe, North Africa, Western, Central, or southern Asia. However, in US, the term Caucasian is loosely applied to people based upon the color tone of their skin, and all white people are generally characterized as Caucasians. The term Caucasian was coined by the German scientist Blumenbach who believed that the skull of different human races differed a great deal. On the basis of measurements of skulls, called cranial measurements, he proposed five human races namely Caucasian, Ethiopian, American, Mongolian, and Malayan. He believed that people originating from Caucasus mountain area to be Caucasians. The same people were at different times called Aryans and Indo Europeans.

The term Caucasian is no longer in use in modern times among scientists though it continues to be used to refer to people having light to white skin.

• Caucasian is a term that was coined by German anthropologist Blumenbach in the early 19th century to refer to a human race.

• The term Caucasian is still used by common people to refer to people belonging to America, North Africa, West, Central, and South Asia.

• In US, the term is reserved for people having white skin

• By Asian, people of US mostly mean people who have different facial features from white people and south Asians which refer to countries like Japan, China, Korea, Thailand, Vietnam, Malaysia, and so on.

Difference Between Asian and Oriental 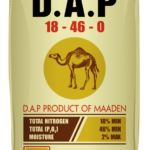 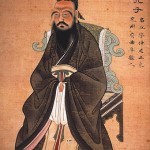 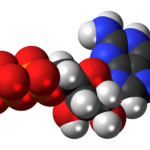