Roe is seafood and is the lump of eggs of fish, urchin, scallop or shrimp. It is considered a delicacy and served after deep frying or grilling. Roe dish is considered to be a rich source of omega 3 fatty acids. There is another word used in the menu card of restaurants serving seafood that is a constant source of confusion, and that is caviar. At some places, caviar is believed to be a synonym of roe while, at other places, it is believed to be something different from roe. This article attempts to differentiate between the two, to enable readers to know what they are being offered in restaurants.

Salted fish eggs are called caviar, but it is not that you can call all fish egg as caviar. There are nearly 26 species of fish called sturgeon, and the salted eggs of sturgeon are specifically labeled as caviar. This word is mostly used for salted eggs of sturgeon found in Black Sea and Caspian Sea. When you see the word caviar in the menu of a restaurant as standalone, you can be pretty sure that you are being served sturgeon eggs no matter whether it comes from US, Iran, Bangladesh, Japan, or any other part of the world. Sometimes, however, restaurants serving seafood mention the name of the fish variety as a prefix to caviar such as salmon caviar or trout caviar telling the customer that he will get the caviar of this variety of fish. Modern customers think of themselves as gourmets and prefer to be told not only the type of fish variety but also the origin of the fish to have an interest in eating it. This is why the menu card has not only the name of the country but also the fish type before the word caviar.

General word for egg mass in the ovary of fish that is eaten both as raw as well as, a cooked ingredient in any seafood recipe is roe. It could be egg mass of the ovaries of sea urchin, shrimp, fish or any other marine animal. 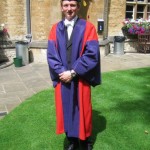 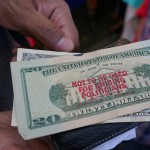