1. Overview and Key Difference
2. What is Cecum
3. What is Appendix
4. Similarities Between Cecum and Appendix
5. Side by Side Comparison – Cecum vs Appendix in Tabular Form
6. Summary

Cecum is a pouch like region of the large intestine. It is an intraperitoneal organ surrounded by the peritoneum. The cecum is considered as the junction between the small intestine and large intestine. The main function of the cecum is to provide the space for mixing bacteria with partially digested food coming from the small intestine to form faeces. The cecum is situated in between the ascending colon and vermiform appendix. And it is located in the lower right quadrant of the abdominal cavity inferior and lateral to the ileum.

The cecum is composed of four layers; the mucosa, submucosa, muscularis and serosa. All these layers work together to perform the function of the cecum. Cecum plays an important function in the formation of faecal matter. When partially digested food  (known as chyme) enters into the cecum, bacteria are mixed with the chyme by the cecum wall contraction. Inside the cecum, there are a large number of bacteria that aid in the breakdown of foods. 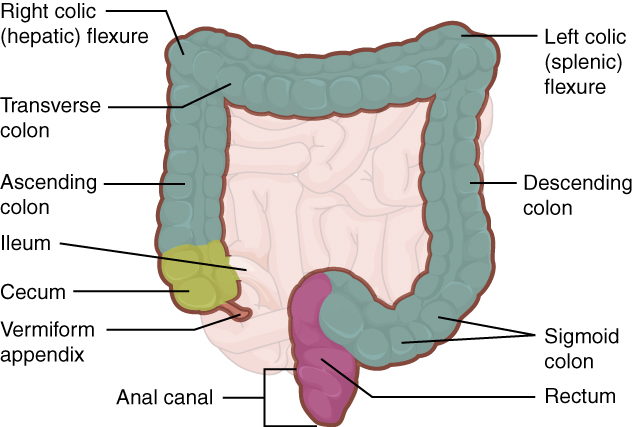 Mammalian herbivores possess comparatively a large cecum to provide bigger space to reside bacteria that are useful in secreting enzymes to digest plant material composed of cellulose. Carnivores have a smaller cecum since meat is easier to digest than plant materials.

Appendix is a worm-shaped blind-ended tube that is connected to the cecum of the digestive tract. Appendix is also known as a cecal appendix or vermiform appendix. The normal length of the human appendix is 9 mm. But it can vary from 2 to 20 mm. The diameter usually lies between 7 to 8 mm. Appendix is located on the right side of the body in the lower quadrant of the abdomen near the right hip bone. 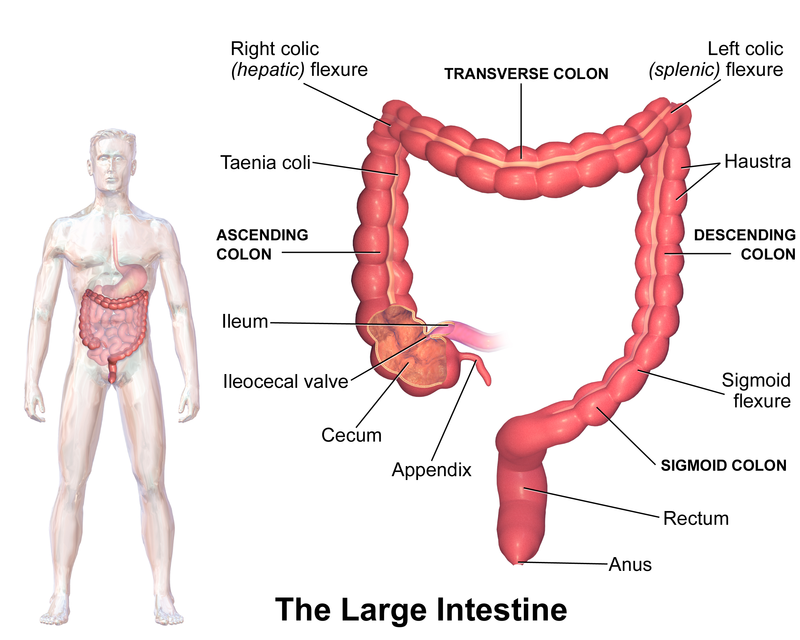 Appendix serves several functions in the digestion process. It provides the place for gut flora. It is an important component of mammalian mucosal immune function. The appendix is associated with two common diseases namely appendicitis and appendix cancers. Appendicitis is the inflammation of the appendix due to blockage of the tube by the stones of the faeces.

What are the Similarities Between Cecum and Appendix?

What is the Difference Between Cecum and Appendix?

The gastrointestinal tract is composed of different components such as mouth, Oesophagus, Stomach, Small intestine, Large intestine, Liver, Pancreas, Gallbladder, etc. Cecum and appendix are two parts of the large intestine. Cecum is the pouch-like region of the large intestine that is located at the junction of the small intestine and large intestine. Cecum receives partially digested foods from the small intestine and mixes with bacteria for further digestion to form the faeces. Appendix is a worm-shaped tube-like structure connected to the cecum. It is a small part that is important in maintaining gut microflora and performing immune functions. It is located in the lower right quadrant of the abdomen near right hip bone. Both structures are located on the right side of the body. This is the difference between cecum and appendix.

Difference Between Appendix and Attachment

Difference Between Pelvis and Hip

Difference Between Alveoli and Alveolar Sac 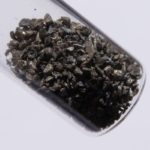