Routing is the process of choosing which paths to be used to send network traffic, and sending the packets along the selected sub network. In computer networking terminology, a routing protocol defines how nodes in networks (specifically routers) interact with each other, to decide which paths to choose for sending network traffic by sharing necessary link information. Typically, the nodes have initial knowledge of other nodes connected to it directly and the routing protocol will spread this information first to the nearby nodes and then to the other nodes. This is how routing protocols provide knowledge of network topology to the routers of the network initially as well as after a change has occurred.

What are Centralised Routing Protocols?

What are Distributed Routing Protocols?

Distributed routing protocols also belong to the family of dynamic routing protocols. Under distributed routing protocol, each device in the network is responsible for making routing decisions. There are two types of dynamic, distributed protocols called isolated (nodes do not communicate) and non-isolated (nodes communicate with each other). So, under this sub category (dynamic, distributed and non-isolated), there are two broad classes of protocols that are used more commonly today. They are distance vector protocols and link state protocols. Distance vector protocols make the nodes share information such as destination and cost at regular intervals or as-needed basis. Link state protocols floods the link state information throughout the network to allow each node to build a network “map”.

Difference Between Client Server and Peer to Peer 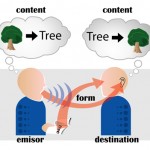 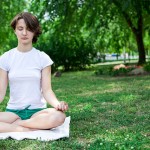