Any object when it is rotating in a circular orbit feels a force towards the centre of the path of its orbit. This force is called centripetal force. This can be explained taking an example. If you take a stone and attach it to a string and then rotate the string over your head in a circular motion, the centripetal force is the one that is applied on the string towards the center which is the stone in such a way that it does not fly away. Centrifugal force is just the opposite of this force. It is equal in amount and acts in the direction opposite to the centripetal force. In this case, it would be felt by you as it moves outward from the center of the circular orbit.

You know that moon revolves around earth in a circular orbit. The force of gravity that is felt between the earth and the moon is the result of this centripetal force. Centrifugal force is virtual and in fact non existent. It is talked about because of Newton’s third law of motion that states that every action has an equal and opposite reaction. This is why we talk about a centrifugal force which is equal and in opposite direction to centripetal force.

The words centripetal and centrifugal are basically derived from Latin words petitus, meaning inclining towards, and fugo, meaning to drive away, respectively. We know that earth revolves around sun in an orbit because of the gravitational force that sun exerts on earth. This gravitational force is centripetal in nature as it compels earth towards the center of the orbit.

Centrifugal force is experienced when an object is moving in an orbit. When you are taking a ride in a carnival that is moving in a circular motion, you feel a force pressing you against the wall of the seat, as if you are being pushed against the seat, which is a centrifugal force. What actually happens is that your body wants to continue in the same direction but the curved wall or the seat comes in way. The outward force or the centrifugal force you feel is just your body’s resistance to the forces it feels as it wants to move in a straight line. 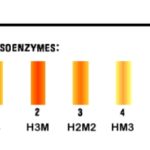 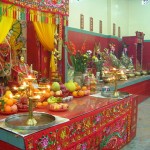