Charging someone is accusing him of a crime while conviction is the formal announcement of the verdict against the individual. This difference is glaring and obvious to everyone. However, for those applying for a job, knowing this subtle difference between these two concepts can mean not being invited for an interview even. This is because employers have strict rules disallowing people to be considered for a job if they have been convicted earlier. Let us explain the difference between charged and convicted in detail, to help readers to fill up application forms in a better manner.

One question on nearly all application forms for jobs these days pertains to having been charged or convicted of a felony or misdemeanor. Any candidate applying for a job in the company has to reply in yes or no to this question to make it clear to the prospective employer that he has a clean slate and has not been charged for any crime earlier. This is a tool used by companies, to screen prospective employees as they do not want to have any truck with people having a criminal record. However, here it is important to understand that being charged for a crime or felony only means that the police or the law enforcement authority has grounds to believe that a person has committed a crime, and the person is formally accused of the wrong doing in a written document. Charging a person is sufficient to start proceedings against him in a court of law. However, he is not guilty until it is proved beyond doubt that he has committed a crime.

Conviction is the process of giving a verdict against a person who has been formally charged and tried in a court of law. When the accused is found guilty of the charges that are leveled against him, the jury in a court can read its sentence or verdict so as to send the person to a prison or to impose a financial penalty on him. It is not always that a person who has been charged is found guilty to be convicted. When the court finds no truth in charges, the person is acquitted with the verdict of not guilty or with a verdict that says not proven.

What is the difference between Charged and Convicted?

• Conviction is the verdict of the court against a person who has been charged of a crime or felony.

• Charge is sufficient to start proceedings against a person in a court of law.

• A charge is not the same as conviction as many people who are accused are often found not guilty by the jury.

• Charge is formal accusation whereas conviction is formal seal of the court.

• Prospective employers do not like to recruit people with a criminal record and hence ask to specify if the candidate has ever been charged / convicted earlier in a case.

Difference Between Constitution and Bylaws 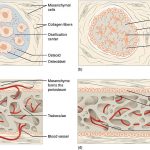