Cheesecake is a very popular dessert in many parts of the world though it is considered as custard in some places while a cake at other places. The recipe originated from ancient Greece and after the invasion of Greece by Romans became popular in many parts of the world. The cheesecake made in New York is called New York Cheesecake, and people over there feel that their cheesecake is much different and better than the versions made in other places or countries.

Cheesecake is so delicate that it is not baked hard to turn it brown; therefore, many feel it is custard from inside. To prevent hardening at the top, the cake is baked in a water bath that does not go above 100 degree Celsius, which keeps the cake from turning brown. The most essential ingredient in a cheesecake is of course cheese with the top and base made from biscuit. Sugar is added to make it sweet, and to add flavors, nuts, fruits and chocolates are added sometimes.

Difference Between Pie and Cobbler 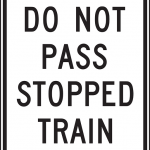