Have you ever paid attention to the fact that why word druggist is most often found together with chemist (like “chemist and druggist”), while the world chemist exists independently also? The very fact, that we see the phrase ‘chemist and druggist’ on sign boards of many pharmacies suggests that the two words are closely related but not synonyms. Thus, those who use these words as if they are interchangeable are wrong. Let us take a closer look.

A chemist is a person who has had training to study components of substances. He is a student of chemistry, and has the ability to analyze the composition of matter of any substance. In Britain, a chemist also refers to a shop selling medicines and cosmetics, while it also means a qualified person who dispenses medicines as prescribed by doctor. As such, a chemist is a person who knows all about drugs, their compositions and their side effects.

A druggist is a person who stores and sells drugs. It is common to refer to a pharmacist as a druggist, especially in US and Canada. He is in fact a health professional who has been trained in the art of preparing and dispensing drugs. The word druggist comes from the word drugs, and a person dealing in drugs (storing and selling) is therefore referred to as a druggist.

Difference Between Pharmacist and Pharmacy Technician

Difference Between Au Pair and Nanny 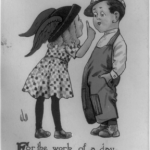 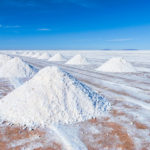