Chlorine is an element in the periodic table, which is denoted by Cl.  It is a halogen (17th group) in the 3rd period of the periodic table. The atomic number of chlorine is 17; thus, it has seventeen protons and seventeen electrons. Its electron configuration is written as 1s2 2s2 2p6 3s2 3p5. Since the p sub level should have 6 electrons to obtain the Argon noble gas electron configuration, chlorine is able to attract an electron. Chlorine has a very high electronegativity, which is about 3, according to the Pauling scale. The atomic weight of chlorine is 35.453 amu. Under room temperature, chlorine exists as a diatomic molecule (Cl2). Cl2 is a yellow – greenish color gas. Chlorine has a melting point of -101.5 °C and a boiling point of -34.04 °C. Among all the chlorine isotopes, Cl-35 and Cl-37 are the most stable isotopes. In the atmosphere, 35Cl present in 75.77% and 37Cl present in 24.23%. When chlorine gas is dissolved in water, it forms hydrochloric acid and hypochlorous acid, which are highly acidic. Chlorine has all the oxidation numbers varying from -1 to +7. Chlorine is a highly reactive gas. It can release bromine and iodine from bromide and iodide salts respectively. Therefore, it is able to oxide the anions of elements, which are located below chlorine in the periodic table. However, it cannot oxidize fluoride to give fluorine. Chlorine is mainly produced by the electrolysis of sodium chloride solutions. Then at the anode, chlorine gas can be collected. Chlorine is mainly used as a disinfectant in water purification. Further it is used in manufacturing of a wide range of consumer products like food, insecticides, paints, petroleum products, plastics, medicines, textiles, solvents.

Chloride is the resulted anion when chlorine abstracts an electron from another electropositive element. Chloride is represented by the symbol Cl–.  Chloride is a monovalent ion with -1 charge. Therefore, it has 18 electrons and seventeen protons. The electron configuration of chloride is 1s2 2s2 2p6 3s2 3p6. Chloride exists in ionic compounds such as sodium chloride, calcium chloride and HCl. Chloride also exists naturally in water sources, and this is the most common anion in the nature. There is a considerable amount of chloride ions in sea water. 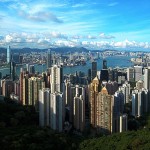 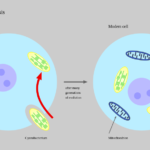 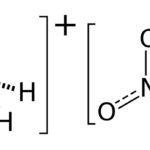