The two stories, Cinderella and Sleeping Beauty are very famous among the young children. Among the hundreds of the fairy tales that are either gone through their interest in class rooms or television, these two are the most popular one. Both mention about the beautiful, innocent characters that faced some problems initially but then got to have a remarkable future.

The word Cinderella is not unknown for any one in today’s world. Cinderella story has been heard by every child in his youth. Even the course books contain the story. The name resembles to a tragic life of a girl, the phase of her life that how it changes from a terrible time to a marvelous future. The name points out to such a character that is being unheard and ignored frequently through out her initial period of life. That time carries a lot of troubles faced by that character and then she was heard and heard very well, in such a way that her hidden beauty was exposed, that leads to her wonderful life ahead. Either it be course books, bed time stories or the media, every where the story of Cinderella is very well known and not a new concept. It is also been noticed that a lot many variations are seen in the initial story. Even the songs and the games have been made on the basis of this story.

The story of the sleeping beauty is also a very renowned story that is not overlook by a single person since it was made. The name of the sleeping beauty points out a character of the girl who is been sleeping for about hundred years and the second character involved in the story is of a handsome Prince. The prince was supposed to kiss the sleeping beauty that was sleeping for hundred years due to the enchantment upon her. And at the completion of the task, the prince can have the beautiful girl and the people around her fully awake. The story resembles a very innocent and beautiful character. Mentioning to the facts, truth, lies, fiction, this fairy tale is been read by young age children in the form of story books or course books. With a lot of variations and in multiple languages, in music, movie, art and gaming, this story has been used as the basis for all of these things.

Difference between Cinderella and Sleeping Beauty

Cinderella was different from the character of the sleeping beauty in a way that she was initially a girl in a very bad condition; she worked like a maid and spent the beginning of her life in terrible condition and restrictions. As compared to that sleeping beauty was born as a princess and leads a very prosperous life initially. Her parents were king and queen and they took care of her as a jewel. Both the characters faced two different incidents. First, when Cinderella got her real beautiful looks and she met the prince, and second when she was selected by him. Sleeping beauty firstly got pricked and slept, and she got up when she got a kiss by the prince.

Difference Between Internet and Books 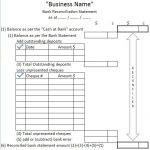