While that fragrant and well-loved spice that brightens up a myriad of recipes is commonly referred to as cinnamon, it is important to know that different forms of cinnamon exist in the world. While cinnamon when ground is quite hard to tell apart, when it is whole, it is quite easy to tell the difference between one form of cinnamon and another. Cinnamon and cassia are two forms of cinnamon that is quite difficult to tell apart. Harvested from plants that belong to the same Lauraceae family as well as the same genus Cinnamomum, little does exist to tell the two apart.

Cinnamon or what is more colloquially referred to as “true cinnamon”, “real cinnamon” or Ceylon cinnamon originates from the Cinnamomum zeylanicum plant that is native to Sri Lanka. The delicate inner bark of these plants is harvested and dried into neat little quills or sticks in order to make it into the spice. The “true cinnamon” is light brown in colour and is papery and brittle, neatly coiled into a single spiralled quill. Apart from being used as a fragrant spice that is used in all kinds of sweet and savoury dishes, Ceylon cinnamon benefits are many. Typically used for gastrointestinal problems, prevention of nausea or vomiting, regulation of diabetes, flatulence, the common cold and diarrhoea amongst many others, cinnamon has a  delightfully exotic bouquet that is sweet, spicy and fragrant with citrus, floral and clove notes.

The term cassia is usually used to refer to species of cinnamon that are grown in countries like Burma, China, Indonesia, Vietnam, and Central America. The species Cinnamomum aromaticaum is commonly referred to as “Saigon cinnamon,” or “Chinese cinnamon” while the species Cinnamomum burmannii is often referred to as “Padang cassia” or “Java cinnamon“. Cassia cinnamon is dark reddish in colour and comes in woody strips and carries a strong intense flavour often perceives as hot. Because of this reason, cassia is often used in savoury dishes, in particular in preparing beef or poultry dishes or in mixed and pickling spice. Cassia also has a high amount of blood-thinning phytochemical coumarin which can amount to health hazards if consumed regularly and in excess which has caused Germany to ban the import of cassia cinnamon.

What is the difference between Cassia and Cinnamon?

• Cassia is grown in countries like Burma, China, Vietnam, Indonesia, and Central America. Cinnamon or true cinnamon is native to Sri Lanka.

• The plants Cinnamomum aromaticaum or Cinnamomum burmannii are what produce cassia. Cinnamon is obtained from the Cinnamomum zeylanicum plant.

• Cinnamon is light brown in colour whereas cassia is dark reddish in colour.

• Cinnamon bark is papery and comes in many layered neatly curled up quills. Cassia is coarser and comes in woody strips.

• Cinnamon carries an exotic bouquet that is sweet, spicy and fragrant with citrus, floral and clove notes that allows it to be used in both sweet and savoury dishes. Cassia is more pungent and hotter than cinnamon and is generally used in savoury dishes.

• Cassia carries a high level of blood-thinning phytochemical coumarin whereas in cinnamon, the coumarin content is very low. 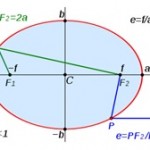 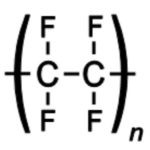