Citizenship is the country in which a particular person or an individual has registered his name for citizenship. Citizenship too can be by birth; a person automatically becomes the citizen of the country of his or her birth. There are various other reasons too to grant citizenship such as one or both parents are citizens, married to a citizen, or naturalization. This shows that a person of a particular nationality need not necessarily have the citizenship of the same country. He can have his citizenship in a different country too. For example, think of a person born in the United States of America. His nationality is American. Yet, he registers with the government of UK as a citizen. There, though he is an American national, he has got British citizenship. 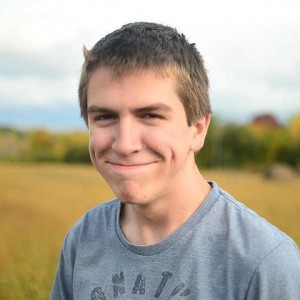 American with a British citizenship.

It is interesting to note that there are instances of some countries offering honorary citizenship to certain people especially the celebrities and other people of great importance in social and public life. Moreover, citizenship is a word that may not refer to people of the same group. For example, an African may have the citizenship of the United States and yet does not belong to the group of American nationals.

Naturalization is the legal process or act by which a non-citizen of a country may acquire citizenship of that country. This naturalization can be done in several ways. It can be done by passing a statute, which does not require any effort from the part of the individual; presenting an application and that application being approved by the legal authorities of the particular country. Normally, the requirements those are necessary for naturalization defers from country to country. Typically, these requirements include a minimum legal residency requirement. Among other requirements, things such as knowledge of the dominant language and culture, a promise to obey and follow the rules of the country can be included. This depends on the country. Also, some countries do not accept dual citizenship. In that case, once you obtain the citizenship in a particular country you will lose the citizenship of your mother country.

What is the difference between Citizenship and Naturalization?

• Citizenship is the legal status of an individual in a particular country whereas naturalization is one reason for granting citizenship, or it can be called a process.

• Citizenship can be obtained in a country other than birth, if the government of the relevant country accepts the application of citizenship.

• Naturalization is the legal process or act by which a non-citizen of a country may acquire citizenship of that country.

• Naturalization can be done by applying for it or by a statute.

• Sometimes, when dual citizenship is not accepted you might lose your citizenship of your birth country.