When one hears the phrases civil rights and civil liberties, he probably makes no difference between them and treats them as being interchangeable. Though there are many similarities in these two terms as they are defined in the constitution, it is also true that there are many subtle differences that are hard to answer for common people (you may find even legislators bungling on this question). This article takes a closer look at both civil rights and civil liberties to make a clearer understanding of the two concepts.

Of the two, civil liberties are older, and were included as Bill of Rights in the constitution, when the citizens of US refused to ratify the constitution unless they were granted certain rights and they were incorporated in the constitution. These rights were enforceable, implying any citizen could appeal in a court of law if he felt that there was an infringement of any of their inalienable rights. There are many civil liberties such as freedom of speech, right to privacy, right to a fair court trial, right to vote, right to marry, and the right to be free from unreasonable searches of your home.

It was after the civil war when the 14th amendment to the constitution added a new clause known as Equal Protection Clause that prohibited government from discriminating among citizens. This was also the clause that made Bill of Rights applicable not just at the federal level, but also to state governments, as well as other government agencies.

Civil rights came into the picture as late as 1964 when government passed the Civil Rights Act. These are also rights given to citizens and protect them against acts of discrimination in private, whether a person is being discriminated against in matters of housing, education or employment. Soon after, these civil rights also were applied to state governments. These rights spell out grounds that cannot be used to prefer certain people over others such as gender, race, religion, and so on.

Civil rights got a mixed response from public, and till today, there is resentment in some sections of the society questioning the authority of government over their right to choose candidate based upon their liking.

At a first glance, it looks like civil liberties and civil rights are identical. However, there are subtle differences and these differences become clear when we look at them from the angles of which right and whose right is getting affected in the process. If you are not getting promotion, you cannot invoke civil liberties as promotion has not been guaranteed as a right. On the other hand, if you are a female and are being overlooked in promotion just because of your gender, you can appeal under civil rights to press for your right to get promotion. 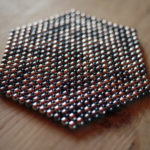 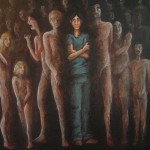