Owned by the NBC Universal group, CNBC was known as Consumer News and Business Channel until 1991. The channel is known for its coverage of business headlines and financial markets all over the world. The channel has its headquarters in New Jersey, and has a wide reach having a viewer ship of 390 million all over the world. CNBC ranks 19th in the list of most valuable channels in the US and has a worth of nearly $4 billion. Since humble beginnings in 1988, it has today become one of the leading news channels in the country. In 1997, CNBC entered into a strategic alliance with Dow Jones that lent credibility to the content of the programs.

As far as programs are concerned, CNBC presents daily reports of US businesses, regular updates of stock markets and commodity prices, interviews, commentary and analysis of trends and major business stories. Many CEO’s and business leaders appear on the channel to share their views and opinions about government policies and their effects on financial markets.

Some of the very famous programs of CNBC include Deal or No Deal, The Apprentice, American Greed, Conversations with Michael Eisner, The Big Idea with Donny Deutsch etc.

FOX Business is a late entrant in comparison to CNBC and began airing programs in 2007 only. It is owned by Fox Entertainment, which is a part of News Corporation. It has a small reach in 50 million homes and focuses on business and financial news. The channel is placed at number 43 in New York City market while Fox News is placed at 44. CNBC is at number 15. Fox business has its headquarters in New York. Fox Business is also available in HD and is in direct competition with CNBC.

Some of the most popular programs on Fox Business are Money for Breakfast, The Opening Bell on Fox Business, The Noon Show with Tom Sullivan and Cheryl Casone, Countdown to the Closing Bell, and Fox Business Bulls and Bears.

The major difference between CNBC and Fox Business lies in the seriousness and the approach to the business news. While CNBC is more conservative, Fox looks more contemporary and chic. CNBC tries to cover up its serious image by hiring pretty young girls though the content remains serious.

Difference Between NBC and MSNBC 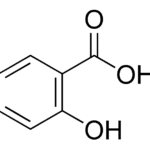 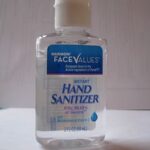