Cnidaria is a phylum of animals, which contains amazingly beautiful coral reefs, electrifying jellyfish, and many other interesting oceanic creatures. There are about 10,000 species of cnidarians and all of them are unique among all other organisms for the presence of the Cnidocytes. Their outermost body layer is known as the mesoglea, which is a gel-like substance stacked between two single-cell layered epithelia. The shape of the body of cnidarians is maintained via hydrostatic pressure, but some species have endoskeletons or calcified exoskeletons. They don’t usually have muscles, but some anthozoans do. The movements of the body are performed using the moving of fibres in the epithelium.

Cnidarians do not have systems for respiration and circulation, but the cellular diffusion of contents takes place according to osmotic pressure gradients inside their bodies. The nerve net is the nervous system, and it secretes hormones, as well. It is important to notice that their digestive system is incomplete. One of the important characteristic of them is the alteration of generations with two body forms, and those are the sexual body plan (medusa) and the asexual body plan (polyp). However, the overall body plan of all the cnidarians is always radially symmetrical. The medusae are usually free-swimming animals, while polyps are sessile.

Porifera means pore bearer in Latin, which is mainly because poriferans do have a lot of pores on their body. Porifera is the name of the phylum that consists of sponges, the multicellular animals without most of the vital body organ systems such as nervous, digestive, or circulatory systems. However, it may be fair enough to wonder whether they are animals. In fact, they are classified as animals since there are no cell walls around their body cells. Additionally, poriferans are heterotrophs, made of live cells, sexually reproduce.

The interest about poriferans is very high due to the lack of the vital organ systems. However, the required nutrients to sustain life of poriferans are taken inside their bodies and transported through the body using their pores. Sponges live by attached to a substrate; which means that they are sessile animals, and live in both freshwater and saltwater. However, the majority lives in the sea and few in freshwater. Sponges are found in a range of habitats including coastal zones as well as the deep-sea bottoms. Their bodies do have neither a particular shape nor symmetry, but it is developed in such a way that increases the efficiency of water flow through the body. Despite their lowness in body organization, poriferans are highly diversified with 5,000 – 10,000 species those have been evolved since 490 – 530 million years.

What is the difference between Cnidaria and Porifera?

• Cnidarians have Cnidocytes but not the poriferans.

• Cnidarians have well-organized organ systems but not the poriferans; on the other hand, poriferans have an efficient tunnel system made up of pores but not the cnidarians.

• Poriferans evolved earlier than cnidarians, according to the fossil evidence.

• Adult sponges live always attached to a substrate, but not all the cnidarians are sessile.

• Cnidarians have defined body shapes but not the poriferans.

Difference Between Cnidaria and Ctenophora

Difference Between Sea Lion and Seal 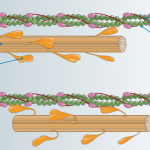 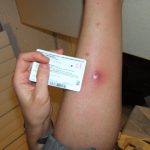