What are Cnidarian (Coelenterates)?

Cnidarians are the first animals to have tissue grade of organization, thus called true metazoans. Their cells are differentiated to carry out different functions like digestion, sensory function, defense actions, etc. According to fossil records, scientists believe that the cnidarians are the most ancient animals that have arisen even before the sponges. All the cnidarians including polyp and medusa forms exhibit radial symmetry. The phylum consists of about 10,000 species and most of them are marine, except the species Hydra, which lives in freshwater habitats. Cnidarians can be solitary (Hydra), colonial (Corals) and sedentary or free-swimming (sea anemones and jellyfishes).

The unique feature of cnidarians is the presence of cnidoblast cells (or cnidocytes) that help them to capture food, adhesion and defense. The extracellular digestion takes place inside the gastrovascular cavity; the central space inside their sac-like body. Mouth surrounded by the tentacles is used for both food ingestion and egestion of waste products. Respiration and excretion occur by simple diffusion through their body surfaces. Nerve system is very primitive, consists of a net of nerve cells. Some members exhibit calcareous exoskeleton or endoskeleton. Colonial cnidarians show polymorphisms by transforming their body into two forms; polyp and medusa. Both asexual (fission or budding) and sexual reproduction methods are found in this phylum. The ciliated larval form called planula is formed during their life cycle. 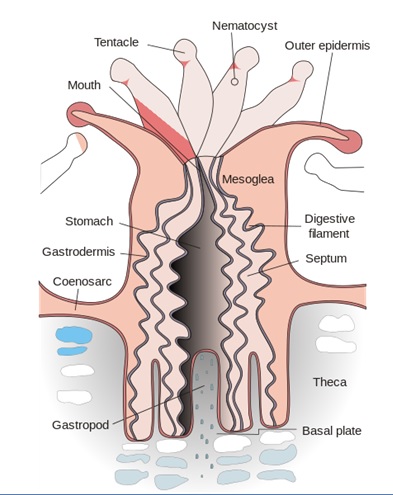 Platyhelminthes (or flatworms) are dorsoventrally flattened elongated soft-bodied worm-like invertebrates. All the organisms possess bilaterally symmetrical bodies with organ-system level organization. About 13,000 species are found in this phyla. Platyhelminthes are either free-living commensal or endoparasitic animals. Free-living worms are found in terrestrial or freshwater habitats. These creatures have no body cavity, thus called acoelomates. They possess cephalization and an alimentary canal, which has a mouth but no anus. Except the free-living forms, the parasitic forms have thick cuticle, which protects their body from host’s digestive juices. Free-living forms respire via body surfaces and the parasiticform are mostly anaerobic. The nerve system is very simple with nerve cords and ganglia. Free-living animals exhibit two small eyespots as primitive sensory organs. They use hooks, suckers and spines as adhesion organs. Both asexual (regeneration) and sexual reproduction methods can be seen among the members. Flatworms include planarians, flukes and tapeworms. 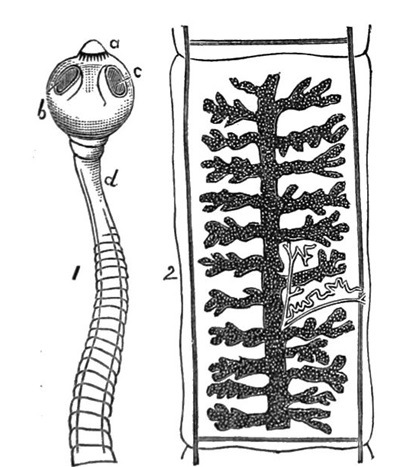 What are the differencesbetween Cnidarian and Platyhelminthes?

• Cnidarians are diploblastic, whereas Platyhelminthes are triploblastic.

• Cephalization is present in Platyhelminthes, but not in cnidarians.

• Unlike the cnidarians, Platyhelminthes have circular and longitudinal muscle layers.

• Cnidarians include solitary, sedentary and free-living forms, whereas Platyhelminthes include free-living and parasitic forms.

• Cnidarians have cnidocytes, unlike the Platyhelminthes.

• Examples for cnidarians include Hydra, sea anemones, jellyfish and corals. Examples for Platyhelminthes are flukes, tapeworms and planarians.

Difference Between Enzyme and Protein 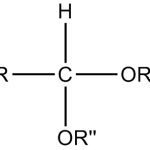 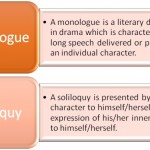